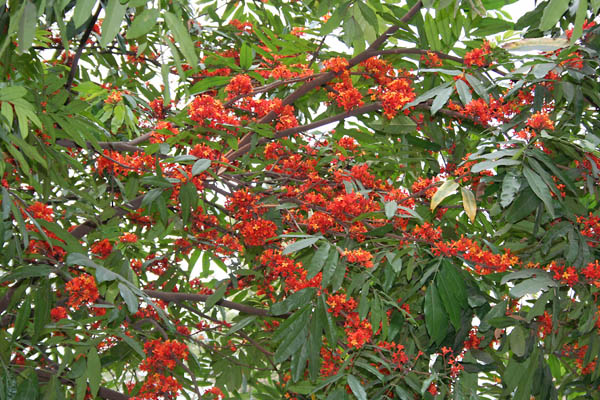 The meaning of Ashoka is Sorrowless in Sanskrit.This is an evergreen tree with beautiful, good fragrant yellowish red flowers.The flowers have appeared as bunches.It flowers between February and April.Ashoka is considered sacred in India and also in Srilanka.It is a rainforest tree.This is found in Deccan plateau and western parts of India.Its flowers, stem, seeds, bark etc can be used for medicinal purposes in Ayurveda.These are used in Ayurvedic capsules tonic and also used for some ailments.The Ashoka bark contains sterol, tannins, catechol sodium, silica, magnesium, iron, calcium, aluminium strontium and calcium compounds.Ashoka is also known as the universal plant.

Ashoka bark is mainly used for Gynaecological problems in Ayurveda.The Gynaecological problems such as dysmenorrhea that is painful periods, or menstrual cramps  during menstruation.And for menorrhagia, that is  heavy and prolonged menstrual bleeding.Ashoka bark can be also used for depression, bleeding haemorrhoids and uterine fibroid.Ashoka bark is considered as the uterine tonic and uterine sedative as it helps in reducing the pain and bleeding during periods.Ashoka bark  can be used for the irregular menstrual cycle and also for miscarriage.

Ashoka bark is enriched with ketosterole.This benefits uterine fibroids.So that this can be considered the natural remedy for uterine disorders.The kashaya which uses Ashoka has an effect on ovarian tissues.This helps to improve the repair of the endometrium.And also strengthen and improve the proper functioning of the female reproductive system. 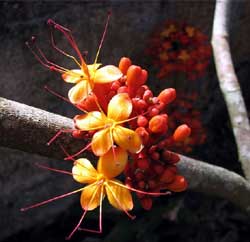 Previous: Ekanayakam-Salacia reticulata Traditional treatment for Diabeties
Next: What’s the health benefits of using Coriander leaves? Can it be used in our diet?