Bamboo is the vernacular or common term for members of a particular taxonomic group of large woody grasses (subfamily Bambusoideae, family Andropogoneae/Poaceae). Bamboos encompass 1250 species within 75 genera, most of which are relatively fast-growing, attaining stand maturity within five years, but flowering infrequently. Dwarf bamboos may be as little as 10 cm in height, but stands of tall species may attain 15-20 m, and the largest known (e.g. Dendrocalamus giganteus) grow up to 40 m in height and 30 cm in culm (stem) diameter. Bamboos are distributed mostly in the tropics but occur naturally in subtropical. 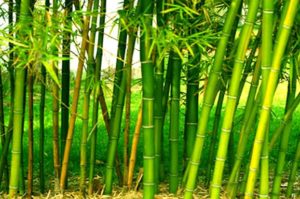 The correct identification of bamboo plant species is often a Herculean task,as most bamboos look alike,and flower at long intervals. The bamboo plant is woody like a tree. It has a leafy aerial part, the culm having nodes and inter nodes. The branches and leaves are present at the nodes,in the upper region of the culm. The bamboo varies in size with stems 40 m high

The pattern of flowering in bamboos varies with species. There are several misconceptions regarding their flowering behaviour.  Most bamboo flower and seed gregariously once during their lifetime and perish soon thereafter.  The reasons for this mass mortality after flowering are still not understood

Bamboo rice (Mulayari) – How this rice variety helps in controlling back pain, blood sugar and cholesterol?

In plantations,raised through seedlings at a spacing of 5 X 5m,the clump formation generally takes place in the third or fourth year.  Full grown culms are produced by the sixth year.  On a three per hectare at the first cut,5-6 tonnes at the second cut and 8 tonnes for the third cut.  Assuming on the basis of a life cycle of 32 years,when the clump dies due to gregarious flowering.  Thus,the total yield per hectare is about seventy to seventy-four tonnes over the entire life of plantation

Bamboo rice cooking recipes,health articles, how to use bamboo rice 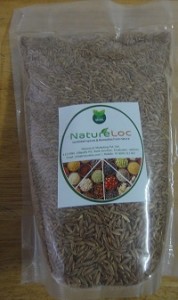