Each state in India has its own rich cultural and artistic background, which, in turn, influenced its respective handicrafts. Kerala, too, is unique when it comes to the plethora of handicrafts created by its talented craftsmen and artisans.

Given below are a list of traditional kerala handicrafts:

Nettipattam plays a vital role for elephants in Poorams. These caparisons on the forehead of each elephant destined to bring charm to the festival are called Nettipattams in Kerala. Ever wondered how Nettipattams came into existence?

According to Hindu mythology, Nettipattam is the brainchild of none other than Lord Brahma. Legend also has it that Iravath, the white elephant of Lord Indra was the first one fortunate enough to wear it.

The original Nettipattams are the result of about a month’s hard work and craftsmanship. But smaller versions of them are getting popular as unique wall decors. The glittering gold plated beads placed on an elegant red velvet cloth surrounded by colorful woolen threads are enough to impart a bewitching aura to your walls. 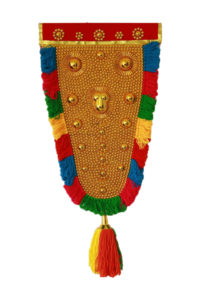 How could a simple wooden box become an epitome of skilled craftsmanship? Amada Petti / Nettur Petti is one such Kerala handicraft where maths, skills, and art combine together to form an exquisite work of genius. Nettur Petti derives its name from the place where it was first produced, the village named Nettur, near Thalassery in Kerala. 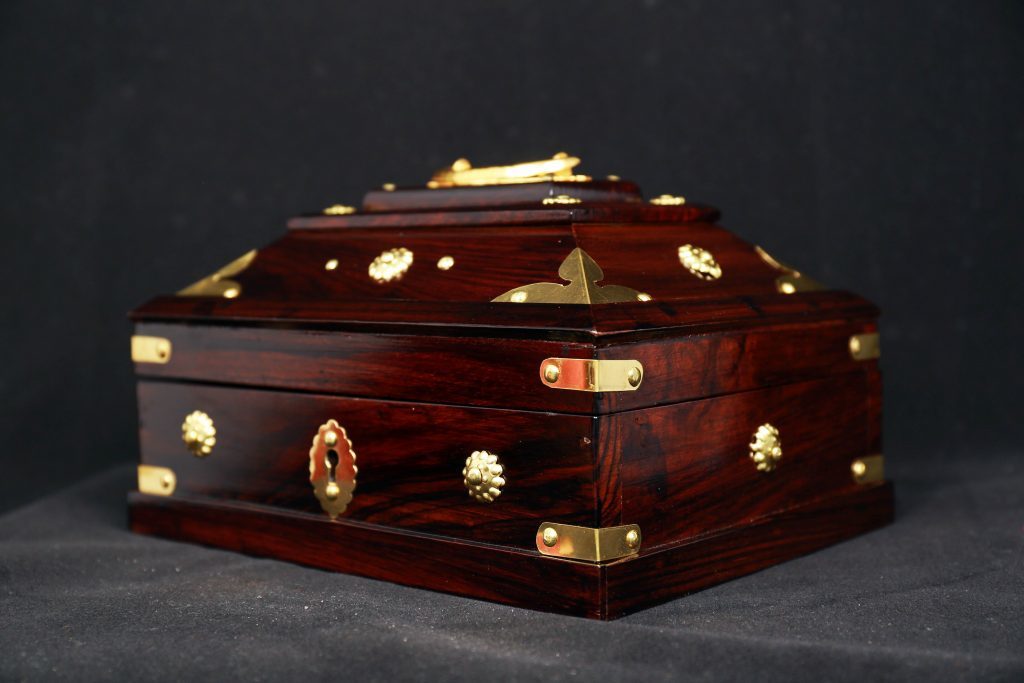 Enhance the beauty of your interior with this amazing Nettor Box, Order Now!

Poorams (annually held local festivals) are an integral part of Kerala culture. The prime attraction of such festivals is the musical performance utilizing traditional instruments accompanied by caparisoned elephants.

Wooden Carved Elephant is a unique product designed and crafted by skilled handicrafters from Kerala. These are made from rosewood. It can be used as home decor in homes and offices. 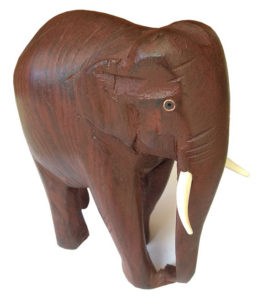 The boats and ships played an important role in Kerala’s history. This love for boats is reflected in Kerala handicrafts, too. Replicas of Urus, Houseboats and Chundan Vallams (Snake boats) made in wood are quite famous as souvenirs.

A miniature imitation of a simple house boat which is a perfect gift Item for any occasion. This fully hand made product is made by the artisans of Kerala. Good quality wood is the main raw materials used in making this product. 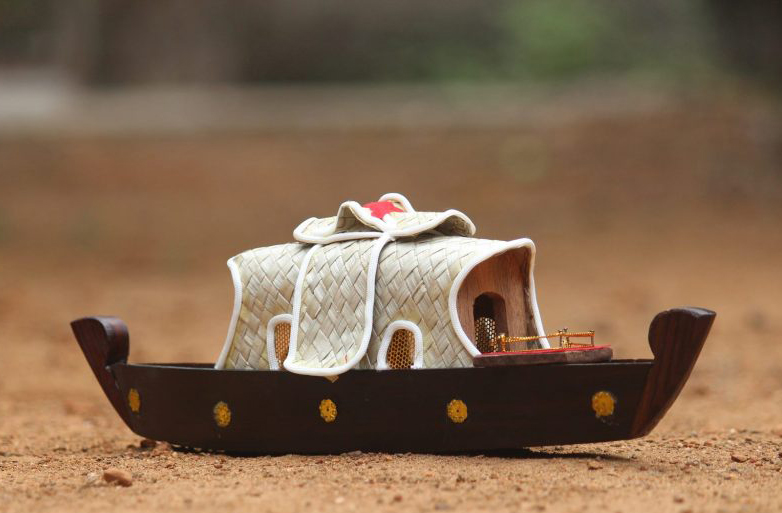 This minature houseboat is the perfect gift for your loved one’s on any occasions. Click Here!

Aranmula Kannadi is a handmade metal-alloy mirror, made in Aranmula, a village in the South Indian state of Kerala. Unlike the normal ‘silvered’ glass mirrors, being a metal-alloy mirror, it is a front surface reflection mirror. It a unique art which is not found anywhere else in the world. The Aranmula Kannadi is not made of glass but bell metal. These unique metal mirrors are the result of Kerala’s rich cultural and metallurgical traditions. There has been the mention of a metal mirror in many Puranas including the Rig-Veda. The handmade alloy mirror ‘Aranmula Kannadi’, considered sacred and a heritage symbol in the southern state.