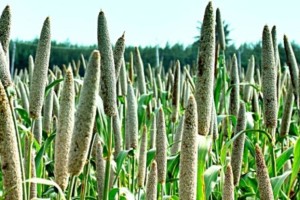 Pearl millet (Pennisetum glaucum), also known as Bajra, is one of the four most important cereals (rice, maize, sorghum and millets) grown in tropical semi-arid regions of the world primarily in Africa and Asia. Bajra is well adapted to production systems characterized by low rainfall (200-600 mm), low soil fertility, and high temperature, and thus can be grown in areas where other cereal crops, such as wheat or maize, would not survive. In its traditional growing areas, pearl millet is the basic staple for households in the poorest countries and among the poorest people. It is also one of the most drought resistant crops among cereals and millets. Pearl millet is generally used as a temporary summer pasture crop or in some areas as a food crop.

Pearl millet is one of the four most important cereals (rice, maize, sorghum and millets) grown in the tropics and is rich in iron and zinc, contains high amount of antioxidants and these nutrients along with the antioxidants may be beneficial for the overall health and wellbeing.Our aim of the study is to review the potential health benefits of pearl millet 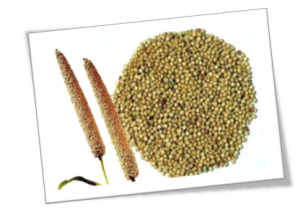 Pearl millet is a rich source of energy which is comparable with commonly consumed cereals such as wheat , rice, maize and sorghum as per the Nutritive value of Indian foods .Pearl millet is a principal source of energy,protein, vitamins and minerals for millions of poorest people in the regions where it is cultivated. It is rich in calcium, potassium, magnesium, iron,zinc, manganese, riboflavin, thiamine, niacin, lysine and tryptophan .Pearl millet grain is gluten-free and thus is
the only grain that retains its alkaline properties after being cooked which is ideal for people with gluten allergies. 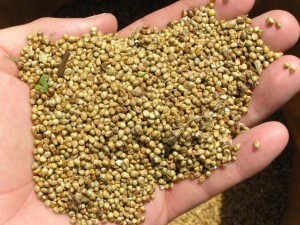 Pearl millet contains high level of antioxidants namely the phenolic compounds and may have anticancer property.Phenolic compound especially flavonoids have been found to inhibit tumor development . These compounds are concentrated in the pericarp and testa. Since traditionally, the entire pearl millet grain is milled, products made out of the flour would provide the health benefits of the flavonoids and phenols

Pearl millet has a very high amylase activity, about 10 times that of wheat. Maltose and D-ribose are the predominant sugars in the flour, while fructose and glucose levels are low

Pearl millet is a gluten free grain and is the only grain that retains its alkaline properties after being cooked which is ideal for people with wheat allergies. Pearl millet grains are all very high in calories—precisely the reason they do wonders for growing children and pregnant women

The presence of omega-3 fatty acids in pearl millet as compared to any other cereal grain highlights its potential in prevention and treatment of cardiovascular diseases, diabetes, arthritis and certain types of cancer. 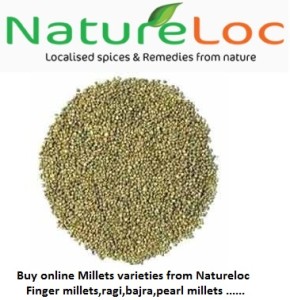