Ayurveda – The Philosophy of Ayurvedha

Ayurveda draws its concepts and theories from Hindu schools of philosophy such as Samkhya,Yoga and Nyaya.  The fundamental doctrine of Ayurvedha postulates that the five eternal elements of Apace.Air,Earth,Water and Fire known as “Panchamahabhuta” comprise the universe.  The theory of panchamahabhuta evolved in the post-vedic period from 500 BC around the time that the Upanishads-the primary spiritual teachings of ancient India were written.

Everything contained in the universe,including the human body is believed to be composed of these of panchamahabhuta in varying compositions.  The quality and nature of all matter,living and non-living dependent relative to the variation in proportion of these elements.  It is the divergence in the balances of these basic elements that lend distinct physical and chemical characteristics to all that is found in nature.  The only additional feature that living things are credited with is “Chaithanya” or spirit/soul. 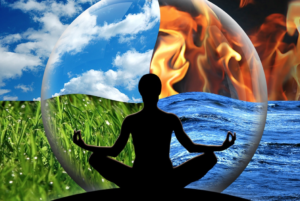 Space – Space is the place where everything happens.  It is the field that is simultaneously the source of all matter and it is only distances that separate matter.  The chief characteristic of space is sound.  Here sound represents the entire spectrum of vibration,

Air – Air is the gaseous from of matter that is both itinerant and dynamic.  Within the body air(Oxygen) is the basis for all energy transfer reactions.  It is a key element required for fire to burn.  Air is the mixture of gases without form.

Earth – Earth represents the solid state of matter.  It manifests stability,permanence,and rigidity.  In our body,the parts such as bones, teeth,cells, and tissues are manifestations of the earth.  Earth is considered a stable substance.

Water – Water characterizes change and represents the liquid state.  Water is necessary for the survival of all living things.  A large part of the human body is made up of water.  It is movement of blood and other vital bodily fluids through our cells that generate energy,carrying away wastes,regulating temperature,sustaining disease fighters,and carrying hormonal information from one area to another.  Water is a substance without stability

Fire -Fire is the power to transform solids into liquids,to gas, and back again.  In other words, it possess the power to transform the state of any substance.  Within our bodies the fire or energy binds the atoms together.  It also converts food to fat (stored energy) and muscle.  Fire transforms food into energy.  It creates the impulses of nervous reaction our feeling, and even our thought process.  Fire is considered a form without substance.

Every substance in the universe is made up of these five substances.  All substances can be classified according to their predominant element.  For example, a mountain in predominanatly made up of earth element while i slaos contains water,fire,air,and ether.  But these elements are very small in proportion to the earth element and hence a mountains is classified as earth. Ayurvetha defines a human being as an assembly of the  panchamahabhuta plus chaithanya 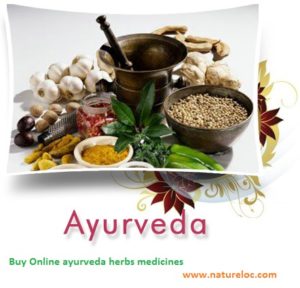