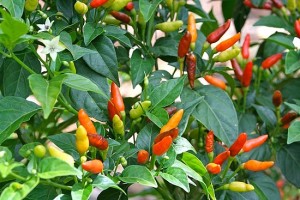 Bird Eye chilli or pepper (Capsicum frutescence) is one of the distinguished cultivar-groups of Capsicum annuum. The others are sweet pepper, chili and aromatic pepper. The pungent types of which Bird Eye pepper belongs to are consumed in small quantities, considered a condiment or spice for seasoning and stimulating appetite as well as used in local medicine especially for herbal practitioners who prepare ointments for rheumatism and joint pains. 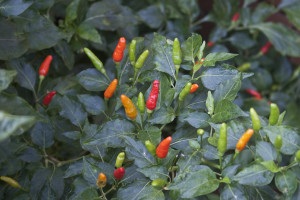 The Bird Eye pepper is a slow-growing short-term perennial or perennial sub-shrub. Flowers are in clusters of 2 or more, waxy greenish white, usually erect. Fruits elongate, usually upright, usually small and narrow, up to 5cm x 1cm, green to cream and yellow when immature, orange to red when mature, fruit wall smooth and extremely pungent 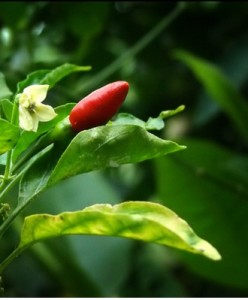 Bird’s eye chili is a chili pepper usually seen in Southeast Asian countries. It is also called by the name bird’s chili or Thai chili. In India, it is commonly seen in Meghalaya, Assam and Kerala. 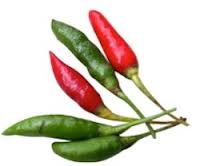 It is known for weight reducing qualities.  They can play a key role in increasing the metabolism of the body. As a result of this, your body temperature would increase. In order to bring back the body to original temperature body would burn more calories, thereby speeding up the metabolism rate. Increased metabolism is beneficial and would increase the usage of the unused fats stored in various parts of the body. As you would have noticed, an increase in metabolism results in more sweating and hence results in weight loss. Fast metabolism, proper digestion and waste expulsion, can decrease the chance of fat accumulation in the body.

The chemical compound present in bird’s chili which results in burning sensation is called Capsaicin. The effects of this compound can vary among individuals. However, most of them experience a burning sensation of the mouth, throat, and stomach upon ingestion. The consumption of bird’s eye chili thus increases the metabolism and hence reduces the body weight 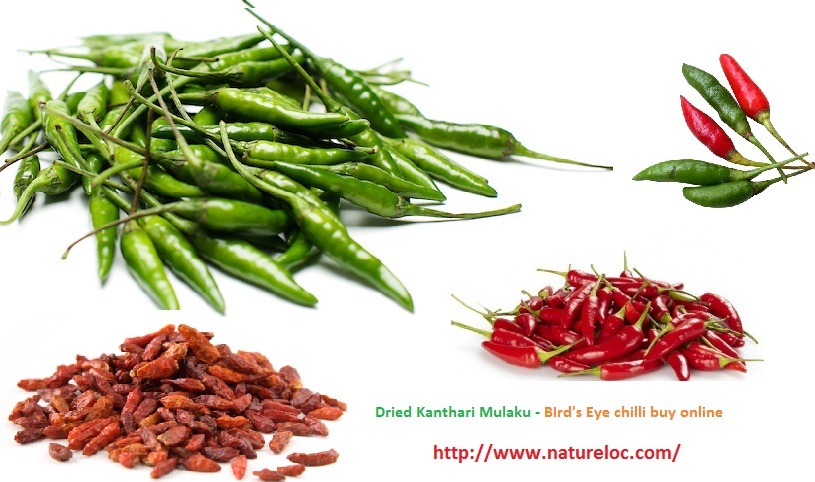 Previous: Nature’s way of nurturing the child – Importance of complementary feeding for infants and young children
Next: How To Cure Depression – Find Hope Again In Life !