Barley is a healthful addition to the diet. When it comes to good nutrition, this ancient grain packs a powerful punch.Barley is the seed of the barley plant, it is a grain that is similar to wheat in appearance. Malted barley – Yavam Rice is barley that has been allowed to germinate (sprout) to a degree and is then dried. This is accomplished industrially by increasing the water content of the seed to 40-45% by soaking it for a period close to 40 hours. The seed is then drained and held at a constant temperature (60 F) for close to 5 days until it starts to sprout. The barley is slowly dried in a kiln at temperatures gradually rising to 122 F for lighter malts and 220 F for darker malts. This kiln drying takes about 30 hours. Finally, the rootlets from the partially germinated seeds are removed. 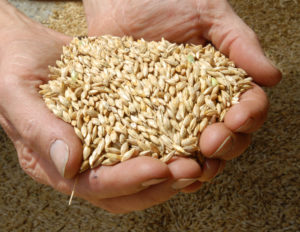 Eating barley can help reduce significant health risks today.Barley is an excellent food choice for those concerned about type 2 diabetes or pre-diabetes because the grain contains essential vitamins and minerals and is an excellent source of dietary fibre, particularly beta-glucan soluble fibre. 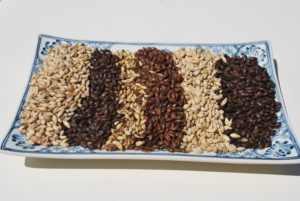 The second most important use of barley is for malt, which is used mostly in beer, but also in hard liquors, malted milk and flavourings in a. variety of foods. Barley malt can be added to many food stuff such a.s biscuits, bread, cakes and desserts. When barley is used for malt, it involves steeping in water, under controlled conditions, allowing the barley grain to germinate or sprout. It is then dried or roasted in a. kiln, cleaned, and can be stored for extended periods. The malt itself is primarily an intermediate product.The second largest use of barley grain is for malt. Globally, 30 % of the world barley production is used for the malting purpose and 70 % for feed use.

Barley supplies a ready source of beta-glucan soluble fibre.  Unlike many grains, which contain fibre only in the outer bran layer, barley contains fibre throughout the entire kernel.Barley grain or  processed barley products, dietary fibre including beta-glucan soluble fibre is available in amounts that have a positive impact on improving blood glucose levels. 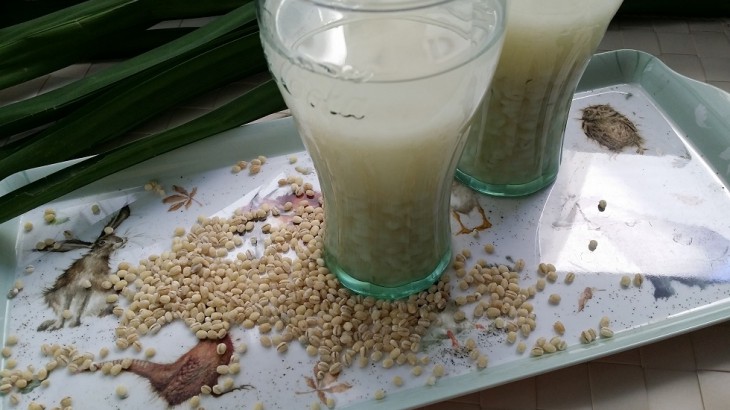 Barley water is the best home remedy for urinary tract infection, especially in pregnant women and children. Pregnant women should make the habit of drinking barley water to fight urinary infection in different phases of pregnancy.

Read more how to prepare barley water? Where do we get barley powder?

Previous: Thazhuthama Leaf Thoran(Punarnava Ella/Ila) – A simple Nadan Kerala Recipe
Next: How to remove pesticidal residues from fruits and vegetables?