Did you know Ginger mixed together with Jaggery fights viruses ? 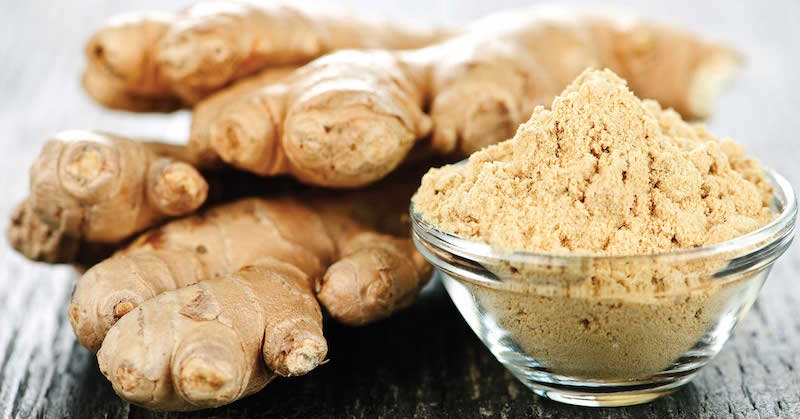 Hi my name is Robert and I am a writer at a reputed firm. Recently one of my colleague, Anthony had a severe attack of very bad cold and cough, and no amount of swallowing various antibiotics and vitamin C helped him. His wife, Shikha, then called up her mother’s traditional treatment. Kerala, a South Indian State is famous for its Ayurvedic Treatments. Its long history and success stories in various treatment are widely known all around India. Ground up a little Jaggery and Raw Ginger, and ask him to have it 3 times a day, she said.

‘Eurekha Eurekha !!!!’, Shikha, Anthony’s wife shouted in the early morning before the dawn broke. Anthony’s cough and cold had disappeared within 2 days. Looking back to see what did the trick, Anthony glanced upon his Mac, adjusting his glasses which was almost on his nose now. He browsed up at the modern scientific literature, from where it was seen that the Chinese have a similar traditional medication, called Ge Gan Tang. This too had ginger and a sweet herb in it, and has been used for around 1800 years to fight common cold and various other ailments. It was 2 am as Anthony closed his Mac and went to sleep. 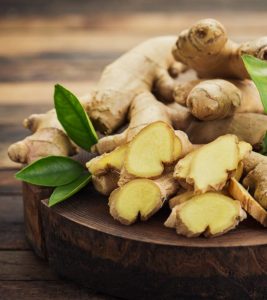 It is said to have remarkable medicinal properties has been well known and studied by many groups. Ginger has anti-oxidative properties, and also some show it to have anti-inflammatory effects, some to its ability to treat nausea.

Studies shows that it is said to have anti-cancer properties. It contains components 6-gingerol and 6-paradol might be the active molecules here. Also enhances the anti-tumor activity of the anti-cancer compound 5-fluorouracil, and have suggested a possible mechanism for it. It is apparent that ginger is a veritable treasure trove of medicines.

How does Ginger really helps ?

Now getting back to my friend Anthony’s story of cold and cough.

Fresh ginger has anti-viral activity; in simple english, it can also fight viruses. Common cold is known to be caused by viral infection (and that is why the conventional antibiotics do not work here), and two viruses are identified to be the causative agents. One of them is the human respiratory syncytial virus (HRSV), and showed that ginger stimulates mucosal cells to secrete a compound that counteracts viral infection. Ginger has compounds that are effective against various viruses has been suspected, and the present work adds to it by showing that ginger stimulates anti-viral molecules in the cell (called anti-viral cytokines) to fight HRSV. A study shows that ginger has a molecule called beta-sesquiphellandrene which fights and overcomes the virus causing common cold. 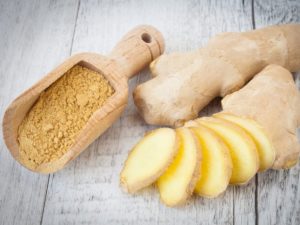 In the present era of looking for better and more effective anti-bacterials and anti-viral compounds from natural sources, turning to good old traditional medicines, confirming their efficacy using today’s method’s and understanding them had become a buzzing field. It is particularly important that India does not lag behind, and encourages and promotes such activities through adequate funding and career-encouragement.

Last, but not the least what does Jaggery do?

People believe that it is to make the pungent ginger more edible. Jaggery is known to have 15-35% less sucrose that refined white sugar, much more minerals like calcium, magnesium and iron and is thought to be good at fighting flu-like symptoms. Sadly though, not much research has been reported on the biochemical and pharmacological aspects of jaggery.

5 Proven Ginger Health Benefits Which You Should Know

“Let’s go, its getting late”, Sikha shouted, as Anthony closed his Mac. It was the first day at school, of their son, Zain. Anthony wore his shiny black blazer, excited about the deep and vast benefits which lies in the Ayurvedic Medicines which he can research on later.