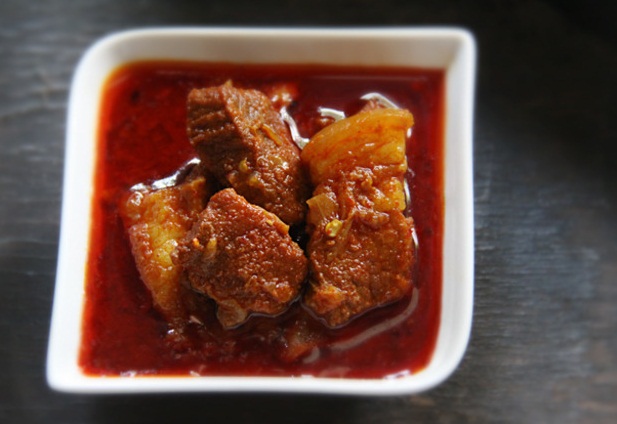 Vindaloo is one of a hot and spicy meat recipe popular among the Christian community in Kerala and Goa. It’s usually prepared on special occasions like Easter and Christmas. Beef and pork are the mainly used meat varieties for this recipe. Pork Vindaloo is usually served with Palappam, Vellayappam, Bread and rice. It has a reddish brown texture and a thick oil layer on its surface. The presence of oil over the pork would help in preserving this recipe for days in a refrigerator. The use of red chillies and black peppercorns impart a spicy flavour. Have a look at the ingredients used and the preparation of Pork Vindaloo.

Method of preparation of Pork Vindaloo

Previous: What Is Puncture Vine ? Health Benefits Of Puncture Vine
Next: Get more protein,zinc,get more water….