How to make Aloo Paratha? 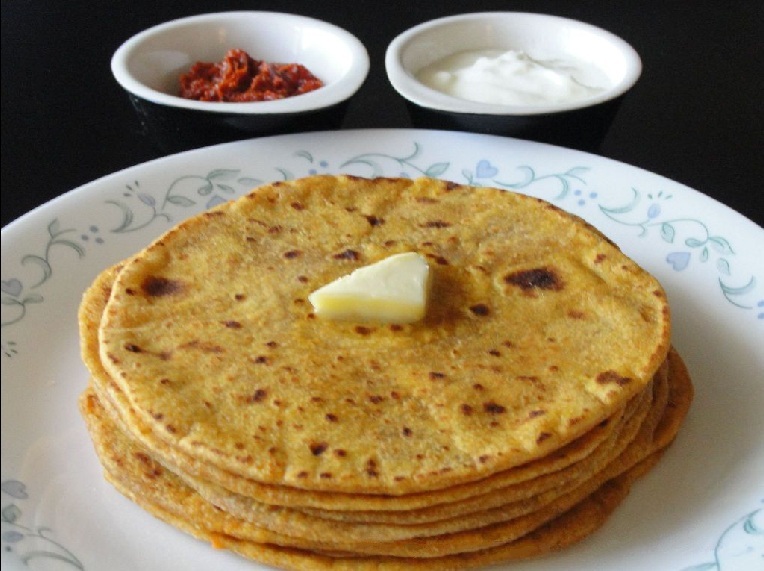 Aloo Paratha is one of a breakfast recipe that is popular in the western, central and northern regions of India as well as in Pakistan.

Parathas are nothing but a whole wheat flatbread. They can be made as a plain dish or stuffed with variety of different fillings. Some of the different varieties of parathas are aloo paratha, gobi paratha, mooli paratha, lachedar paratha, methi paratha and paneer paratha. Aloo paratha is a paratha dish stuffed with a spiced mixture of mashed potato. Typically, Aloo paratha is served with butter, chutney, curd and pickles. Green chillies and red chilli powder is used for a spicy flavour. Mashed potato mixture can be made as per your taste. The use of garam masala in mashed potato stuffings imparts a real flavour. Have a look at the ingredients used and the method of preparation of Aloo Paratha.

Ingredients for making the dough

Method of preparation of dough

Ingredients for making the potato fillings

Method of preparation of potato stuffing