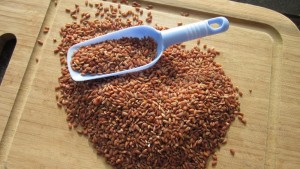 Rice is the staple food of about half of the human race and it is main souce of calories and the principle food of many millions of people.In addition to being the staple diet, rice has extensive curative properties and has always been considered a magical healer in the East. Rice has been cultivated in South East Asia since ancient times where it is one of the oldest of food crops.In the array of land races and improved varieties of rice, Njavara variety has a special status, it being predominantly a medicinal rice

Njavara is a unique grain plant in the Oryza group. Njavara is a unique rice cultivar indigenous to Kerala.It is a rice variety with widely proclaimed medicinal properties and mainly seen in Northern parts. Documents show that it has been under cultivation in Kerala for about 2500 years. The major uses of Njavara is in Ayurveda. Ayurveda the traditional medical system of India approaches the humanity with a comprehensive strategy to achieve complete health, living in harmony with the environment and nature.This is widely used in the Ayurvedic system of medicine,especially in Panchakarma treatment. 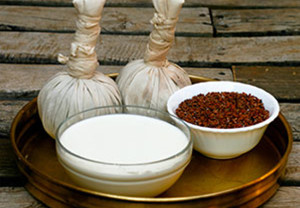 Two type of njavara rice are recognized,based on colour difference and glume glume means – one of a pair of dry bracts at the base of and enclosing the spikelet of grasses,black glumed and golden yellow glumed types.

Black glumed rice colour is red. This rice is preferred in Northern districts of Kerala. This red colour njavara rice variety is highly resistant to drought conditions and generally resistant to disease. It matures in about sixty to ninety days It has a special capacity to absorb manganese and translocate it to the grain 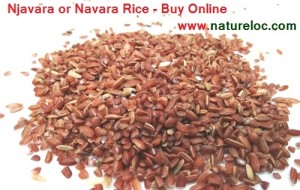