Asafoetida- Kayam is popular ingredient in Indian cusine.It is a distinctive and pungent spice Asafoetida is extensively used for flavouring curries, sauces, and pickles. It is also used in medicines because of its antibiotic properties. 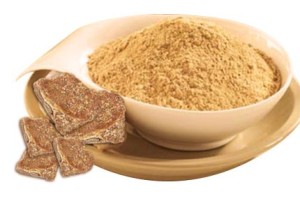