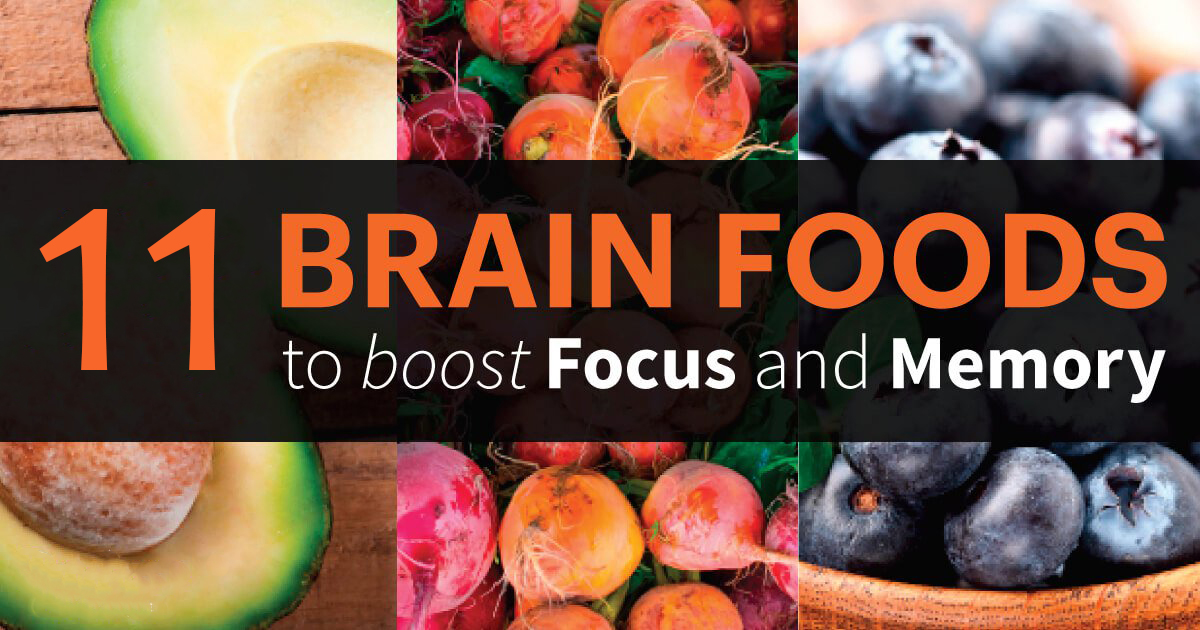 Brain Boosting Foods – Have you heard of the theory that foods that resemble body organs tend to benefit those organs the most? For instance, kidney beans resemble the kidneys and are hence good for them. Avocados are good for the uterus because they look like one. While these claims may or may not be true, one claim that I’d like to believe is true is with respect to foods that look like your brain. Walnuts, broccoli, cauliflower, certain green leafy vegetables, and meat products look so much like the brain. Adding them to your diet enhances your brain power and cognitive abilities. Unbelievable, right? This article will surprise you even more! Read on to find out what foods are good for your brain and why.

Walnuts are rich in polyunsaturated fatty acids and polyphenolic compounds that reduce the oxidant and inflammatory load on brain cells. These work together to improve inter-neuronal signaling, increase neurogenesis, and enhance sequestration (detachment) of insoluble toxic protein aggregates and amyloid plaques.

Almonds are superfoods for your brain. They are rich in vitamin E, folate, and omega-6 fatty acids. These nuts have anti-atherothrombotic properties because of the abundance of folate. This vitamin prevents the accumulation of homocysteine in your plasma, which, in turn, leads to the formation of clots in your brain. Likewise, it has been proven that repeated consumption of almonds can improve memory retention and assist in treating amnesia and Alzheimer’s disease.

Whole grains are your brain’s best pals. Oatmeal, quinoa, barley, faro, muesli, brown, wheat, and amaranth top the list of brain-friendly foods. Whole grains retain most of the nutrients, including fiber, vitamins B, E and minerals. The fiber and complex carbohydrates unblock clogged blood vessels in your body and brain. Furthermore, maintaining clear arteries and oxygenated blood flow to the brain help in preventing brain strokes, dementia and restoring cognition.

Spinach, kale, and collards are rich in folate, phylloquinone, nitrate, α-tocopherol, kaempferol, and lutein. The intake of each of these nutrients was positively and signiﬁcantly associated with slower rates of cognitive decline. Another plus point of greens is their high potassium content. Furthermore, having a potassium-rich diet can balance the harmful effects of high sodium intake. A cup of raw spinach has 167 mg, chopped raw kale has 299 mg, and chopped collards has 61 mg of potassium.

Beans and legumes are dietary sources of iron, potassium, magnesium, folate, choline, thiamin, & various phytosterols. Most bean varieties have abundant amino acids and proteins. These improve insulin sensitivity, which could, in turn, influence cognitive function. An oral amino acids mixture was found to significantly improve insulin sensitivity in elderly subjects with sarcopenia or type 2 diabetes. This could probably be due to upregulation and activation of the insulin-receptor synthesis. Insulin activity could, therefore, be enhanced by regularly eating legumes. Furthermore, beans contain flavonols that possess antioxidant properties. These phytochemicals help your brain to cope with central fatigue and prevent cognitive decline in the elderly.

Blackberries, blueberries, raspberries, strawberries, and cherries have phytoconstituents like ellagic acid, chlorogenic acid, kaempferol, gallic acid etc. These compounds are top-class antioxidants and anti-inflammatory agents. They can guard against damage caused by reactive oxygen species (ROS) that have a role to play in the progress of neurological conditions like Alzheimer’s disease. The anthocyanins, cocoa flavonols, and anthocyanidins enhance cognitive function in young individuals. In adults, berries intake yielded working memory improvements, enhanced brain signaling, and reduced depressive symptoms. Berries are known to contain high levels of vitamin E – a vitamin known to avert the effects of aging and age-related neurodegeneration.

Fish are filled with omega-3 fatty acids, vitamins D and B2, and minerals like calcium, phosphorus, iron etc. The essential fatty acids, EPA and DHA, are predominantly found in salmon, trout, sardines, herring, oysters etc. These good fats and micronutrients help in the development and functioning of the brain and nervous system in infants. It is proven that pregnant women can safely consume up to 12 ounces of seafood per week. In fact, eating fish may decrease the risk of depression, ADHD, Alzheimer’s disease, and dementia. It is hence advisable to eat fish at least 2 times a week as part of a healthy diet.

Meats such as kidney, liver, and heart have alpha lipoic acid & other micronutrients that have shown to have a positive impact on cognitive health. Alpha lipoic acid reduced cognitive decay in a small group of patients with Alzheimer’s disease. Other vitamins, minerals, and phytochemicals have antioxidant properties and are vital for maintaining energy homeostasis in mitochondria. Particularly, vitamins B3, B12 and A have better bioavailability if they are sourced from red meats. Nicotinamide is pivotal for the electron transport chain (ETC). Similarly, the molecule NAD is involved in energy production and efficient functioning of your brain and improves chances of survival in adults.

The polyphenols in green tea can promote brain performance and reduce the risk of neurodegenerative disorders. Green tea beverages were associated with increased activity in the dorsolateral prefrontal cortex of the brain – a key area for working-memory processing. One of the primary constituent compounds of green tea, EGCG, increased the number of cells associated with neurogenesis. Likewise, these extracts could block the formation of amyloid plaques that are most often linked to Alzheimer’s disease.

The neuroprotective properties of coffee – caffeine – have been investigated in studies. Many reports have described a link between caffeine consumption and a significantly lower risk of developing neurodegenerative diseases. Caffeine has shown to be effective in preventing ß-amyloid production & memory deficits in Alzheimer’s disease. Consumption of 3-5 cups/day of coffee at midlife is associated with a decreased risk of dementia and Alzheimer’s disease by about 65% in later life. Furthermore, it prevents memory impairment due to disturbances in brain homeostasis, while heavy intake (about 10 cups a day) of coffee has also been linked to sudden deaths in people who suffered from cardiac arrest.

There is a reason you crave for chocolates on days you feel low. Chocolate may interact with some neurotransmitter systems like dopamine, serotonin, and endorphins, which contribute to appetite, reward & mood regulation. Chocolate contains flavonoids that exert antioxidant effects, protect vulnerable neurons, enhance neuronal function, & stimulate regeneration. As well as, they improve the functioning of blood vessels in the brain. 200 mg of cocoa flavonols can help maintain the elasticity of blood vessels, contributing to normal blood flow – especially in those with fatigue or sleep deprivation.

But, why do these Brain Boosting Foods matter? Or, how can they affect your cognitive abilities? How does your body react to these foods? Read more to find out.

How Do These Brain Boosting Foods Affect Your Body?

Serotonin is a neurotransmitter that helps regulate sleep, appetite, mediate moods, and inhibit pain. About 95% of the serotonin is produced in your gastrointestinal tract – which is why the GI tract is lined with nerve cells. Furthermore, the neurotransmitter production is closely influenced by the billions of ‘good’ gut bacteria. They protect the lining of your intestines and provide a strong barrier against toxins and “bad” bacteria. The good gut bacteria prevent cellular inflammation and activate neural pathways that travel directly between the gut and the brain.