Cardamom (elachi) – A delicious spice species and its uses

Cardamom is an ancient herbal seed pod, known since antiquity for its culinary and healing properties. The spice is native to evergreen rainforests of southern India and is now grown in only a few tropical countries. Botanically, cardamom belongs to the family of Zingiberaceae and comprises two genera, i.e., elettaria and amomum. Generally, the plant grows up to 4 metres in
length in thick clumps and starts bearing prized seed pods after about two years of plantation. Each pod measures one to two centimetres in length

Guatemala, India, Srilanka, Tanzania, El Salvador, Vietnam, Laos, Cambodia and Papua New Guinea are the major cardamom growing countries. The world production of cardamom is around 36000 tonnes /annum. Guatemala with a production of 23000 tonnes is the largest producer of cardamom followed by India and Tanzania 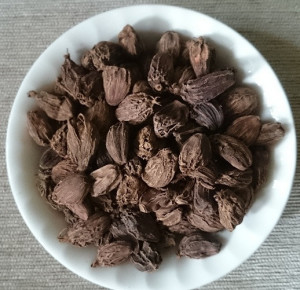 Expectorant action – Cardamom helps to improve circulation to the lungs, so it is recommended for people suffering from asthma and bronchitis.

Cardamom can be used to treat sexual dysfunctions like impotency and premature ejaculation.

To detox the boy – Cardamom is used to detox the body from caffeine and cleanse the kidney and bladder. It is a common addition to coffee in the Middle East 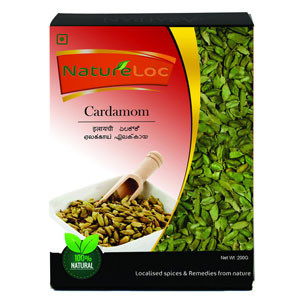