In 1505 the Portuguese discovered Ceylon (Sri Lanka) as an important producer of Ceylon Cinnamon.  It is produced in Sri Lanka and India. Ceylon cinnamon is sometimes called true cinnamon. It is more expensive and has a sweet taste. The quills are softer and can be easily ground in a coffee grinder. Ceylon cinnamon is sold in specialty store

What is cinnamon? What are the different varieties of cinnamon?

Cinnamon is a common spice used by different cultures around the world for several centuries. Cinnamon comes from the inner bark of the shoots of tree.  To prepare Cinnamon, the bark of the tree is dried and rolled into cinnamon sticks, also called quills. Cinnamon can also be dried and ground into a powder. The characteristic flavor and aroma of cinnamon comes from a compound in the essential oil of the bark called  cinnamonaldehyde. This tropical evergreen plant that has two main varieties; Cinnamomum zeylanicum (CZ) and Cinnamon cassia (CC) (also known as Cinnamomum aromaticum/Chinese cinnamon).Based on the place grown there are hundreds of varieties of Cinnamon. Generally speaking 5 varieties of Cinnamon are more common. These too can broadly be classified into two varieties.

True cinnamon is more expensive and has a sweet taste. The quills are softer and can be easily ground in a coffee grinder.Why this Cinnamon maybe the solution for blood sugar control, weight loss, alertness, creating natural disinfectants, cancer prevention,… 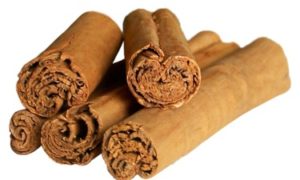 How this cinnamon helps in blood sugar control?

Several studies have found that Cinnamon has properties that helps those with insulin resistance. It is therefore very popular with Type 2 diabetics who take it to control their blood sugar variations. Ceylon Cinnamon is particularly popular because it has low levels of Coumarin. In case you did not know Coumarin in high doses can cause liver damage.

Most cinnamon sold in supermarkets comes from the less expensive variety, Cassia cinnamon. It has a darker color and the quills are harder. Unlike Ceylon cinnamon, it can’t be easily ground into a powder using a coffee grinder.  It is mainly produced in China “Tung Hing Cassia”, Vietnam “Saigon cassia” and Indonesia “Korintje cassia” & “Madagascar Cinnamon”. 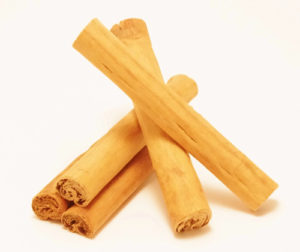