Chestnut – Nuts with a pleasing taste and multiple health benefits

The name chestnut is taken from an earlier english term “chesten nut”. They are the hard shelled seeds of chestnut tree.

Each seed contains a creamy white sweet flesh which is used in a number of cuisines. Chestnut trees are also used for valuable timber. During winter season, countries along the northern hemisphere have whole fresh chestnuts for sale. It is also found in preserved forms in which seeds are immersed in water or syrup, or ground into flour.

They exist in four main species namely European, Chinese, Japanese, and American chestnuts. Chestnut trees can very from moderate to fast growing for American and European species. Height of the chestnut trees varies according to the difference in species. The fruit is in a spiny capsule with a diameter of 5-10cm, also called as ‘bur‘.

The fruit is larger in size when compared to cashews or peanuts. In most cases burrs exist in pairs and contain one to seven nuts according to various species, varieties and cultivators. Once the fruit become mature, burrs will attain yellow-brown colour and split open in two or four sections. Chestnut has two skins, outer one is a hard, shiny,brown hull called ‘peel’ and the other one is a thinner skin called pellicle.

Chestnut is known for its fibre content. Dietary fibres can be of two types, soluble and insoluble. Soluble fibres can be absorbed in water, results in forming a gel-like consistency in the intestines. This type of fibres can play a major role in reducing LDL cholesterol and stabilizes the blood sugar level. Insoluble fibres results in forming a bulk in the stool and this helps in its quick passage through the system, thereby reducing constipation and inflammation of intestinal walls.

Copper is considered as the mineral required for enhancing bone strength. It can help with formation of red blood cells and nerve function. Small amounts of copper is required for boosting the immune system. Having chestnuts in your diet can solve the problem of copper deficiency. Pair roasted chestnuts with dried prunes for a snack is a good source of copper. 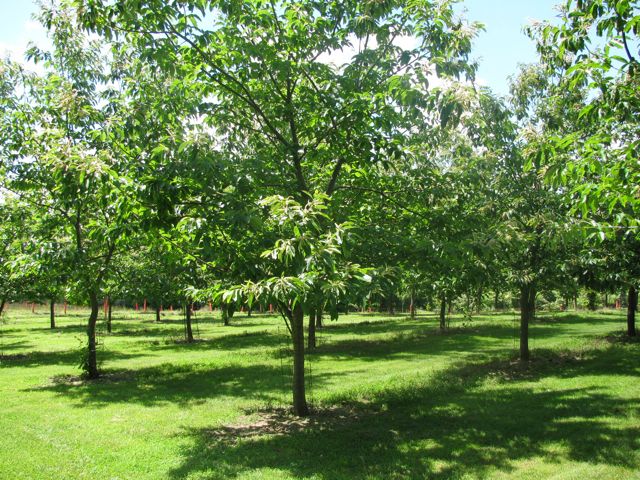 Compared to other nuts, chest nuts are rich in carbohydrates. carbohydrates are essential ingredient for short and long term energy. They also have a great role to play with the smooth functioning of central nervous system. Unlike other sources of carbohydrates, the carbs present in chestnuts are complex. These complex carbohydrates takes more time for digestion, results in higher energy levels.

Reduces the risk of diseases

Chestnuts are also known for the presence of trace mineral manganese, an antioxidant which soaks up free radicals in the body and decreases the chance for various diseases like cancer, stroke etc. It also have a key role in aging process. Small amounts of manganese is also required for connective-tissue production and blood clotting.