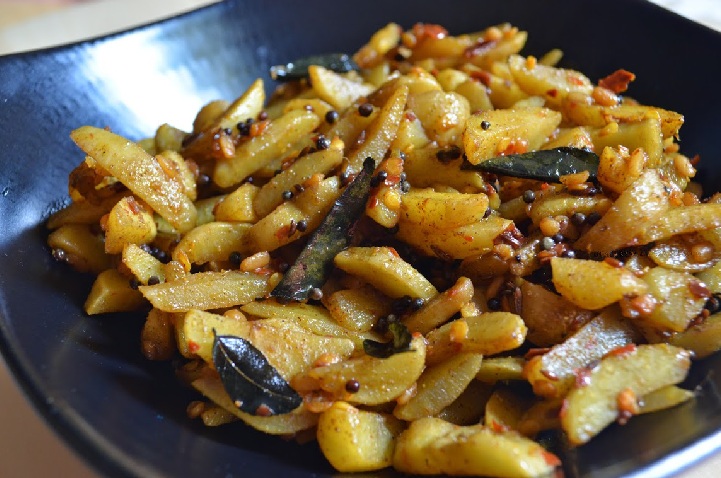 Koorka or Chinese Potato is one of a commonly found root vegetable in Kerala.

Koorka Mezhukkupuratti or stir fried Chinese potatoes are one of a golden brown coloured dish. Koorka is a small tuber sized potato with an earthy flavour. The stir fried Chinese potato or Koorka with shallots and chilli flakes in coconut oil goes well with plain rice and soft chapati’s. The cleaning process of Koorka or Chinese potato is one of a tedious process. The smaller the size of these root vegetables, the longer it takes to clean them. The use of dried red chillies gives away a spicy flavour. Finely sliced shallots would add up the flavour. Few curry leaves and coconut bits are added for an improved flavour and an intriguing aroma. Have a look at the ingredients used and the method of preparation of Koorka Mezhukkupuratti or stir fried Chinese potatoes.

Previous: Chutneys /Chammanthy – An everlasting impression on your taste buds.
Next: Wines – Types of wine – Red wine and white wine