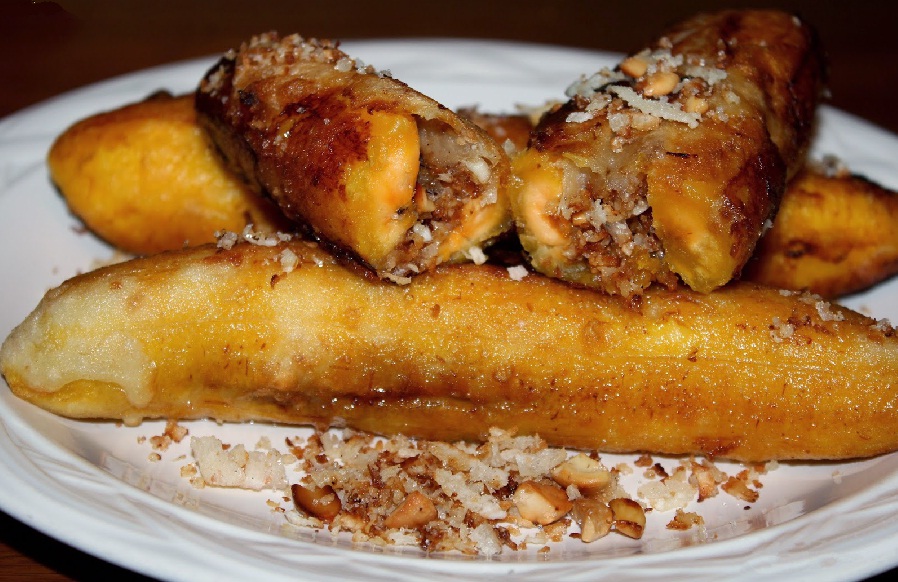 Pazham nirachathu or stuffed banana is a tasty evening snack. It is prepared by stuffing the ripe bananas with a fried mixture of grated coconut, cashew nuts and raisins.

Pazham nirachathu or stuffed banana is a Malabar dish, usually served during Iftars. It is made by stuffing the plantains with a fried mixture of grated coconut, cashew nuts and raisins. Stuffed plantains are then dipped in a thick batter made of maida(all purpose flour). Finally, coconut oil or any type of cooking is used for frying the stuffed plantains. Pazham nirachathu is an easy recipe to make and it wouldn’t take much time for its preparation. The use of cardamom powder gives a delicious taste. Ripe plantains are usually preferred for making pazham nirachathu. Have a look at the ingredients required and the method of preparation of this evening snack.

Good quality natural spices are available for sale on natureloc.com