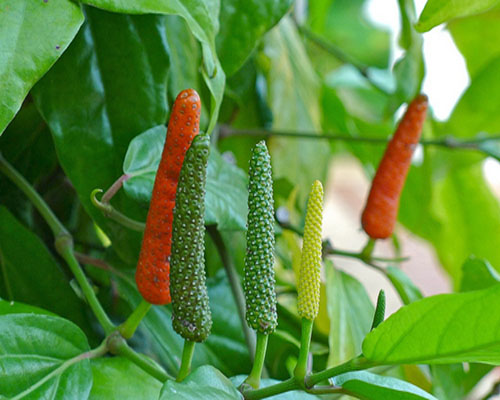 Long pepper is an unripe spike of Piper longum Linn, a slender aromatic perennial climber belonging to the family Piperaceae. The roots and fruits (unripe spike) contain piperine and piplartine alkaloids. The roots and fruits have a bitter and hot sharp taste and are used in palsy, gout and lumbago. In Ayurveda the roots are used as a carminative, tonic to the liver, stomachic, emmenagogue,abortifacient, aphrodisiac.Whereas the fruits possess haematinic,diuretic, digestive, general tonic properties, besides being useful in inflammation of the liver, pains in the joints, lumbago and night blindness. 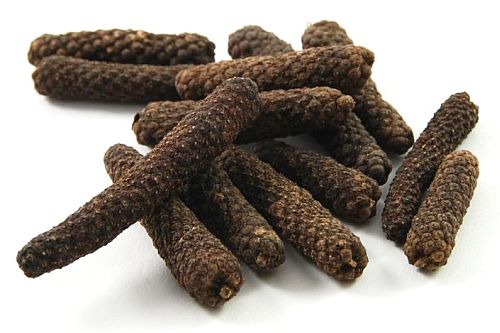 Thippali is a perennial medicinal plant usually cultivated for its fruit. Dried and unripe berries or spikes from these plants are considered to be an important ingredient in many of the ayurvedic and herbal medicines. Thippali, Long pepper or Pippali is considered to have many resemblances to black pepper plant with a hot and spicy taste. Fruit is long and has a green texture, once it ripe it gets a red colour and attains a black colour when dried. Thippali is known for its medicinal properties and it is traditionally used as an expectorant for treating various respiratory ailments like bronchitis, asthma, cough etc.

Pippali is widely used in Ayurvedic and Unani systems of medicine particularly for diseases of respiratory tract. The fruits are used for diseases of the respiratory tract, like, cough, bronchitis, asthma, etc.; as counter-irritant and analgesic when applied locally for muscular pains and inflammation and as general tonic and hematinic (increases the hemoglobin content of the blood). It acts as a general tonic and hematinic and used as a good rejuvenator in Ayurveda.

Medicinal uses and health benefits of long pepper or pippali 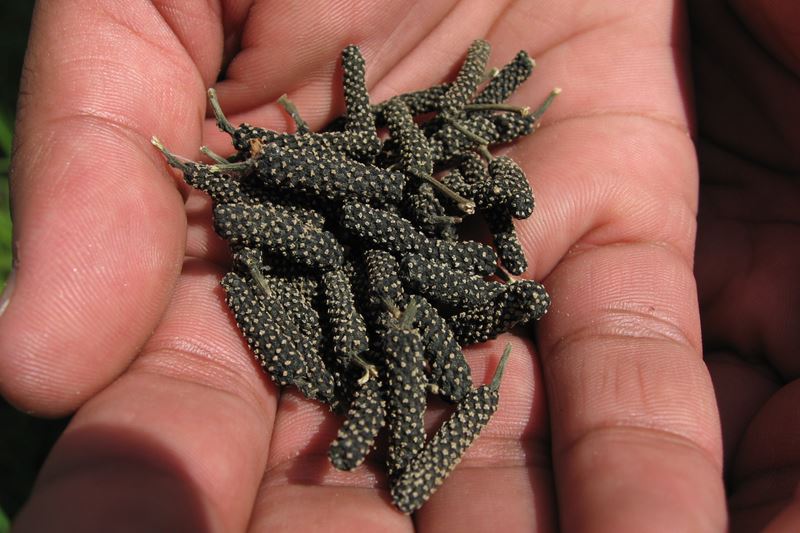 It is aromatic, stimulant, carminative, in properties and useful in constipation, gonorrhea, paralysis of the tongue, diarrhea, cholera, scarlatina, Chronic Malaria, Viral hepatitis. It also helps to stimulate the appetite and dispels gas from the intestines. An infusion of Piper Longum root is used after birth to induce the expulsion of the placenta. Piper longum is also said to enhance the bioavailability of food and drugs and used in pickles as preservative.

• The spikes of this plant contain piperine and piplartine alkaloids.
• The roots and fruits are used in palsy, gout and lumbago.
• The fruit and root both have a bitter and hot sharp taste.
• In Ayurveda the root is used as a carminative, tonic to the liver, stomachic,emmenagogue, abortifacient, aphrodisiac.
• Fruit is said to possess haematinic, diuretic, digestive, general tonic properties,besides being useful in inflammation of the liver, pains in the joints, lumbago,snakebite, scorpion sting and night blindness. 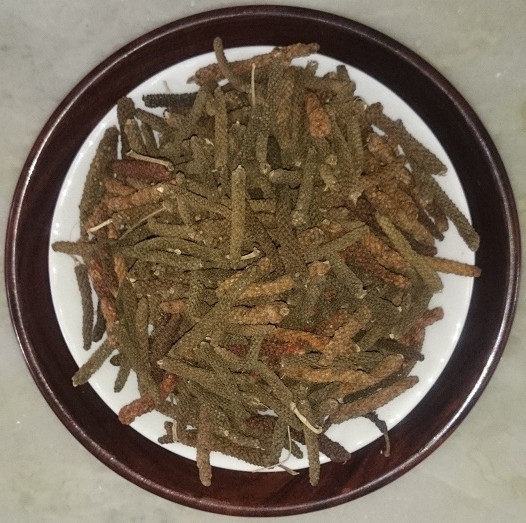