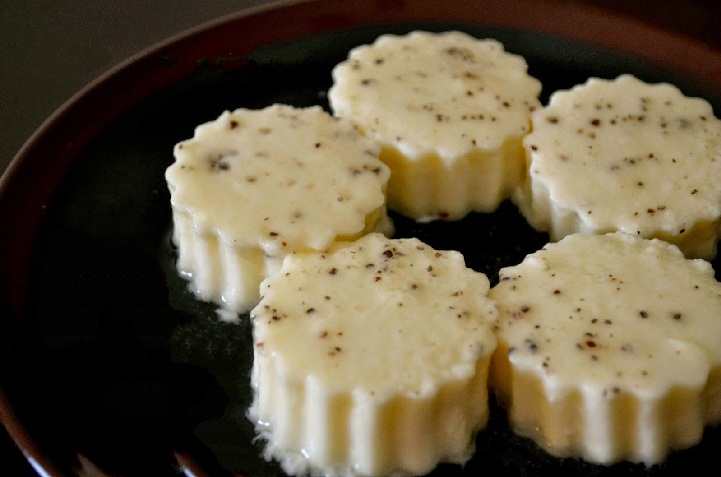 Posu or Junnu is a traditional sweet pudding recipe made of colostrum milk from a cow. Colostrum milk is termed as the milk produced by a cow for the first few days after its delivery. This famous recipe is known by different names like Kharvas in Marathi, Junnu in Telugu and Ginnu in Kannada. Ginnu or posu is commonly seen on rural areas or native places. The sweet flavour of this pudding comes with the use of sugar or jaggery. Few strands of saffron or cardamom is also used for a unique flavour. A pinch of white / black pepper powder is also used as it is believed that it would cut down the Vata Doshas of consuming this milk. Have a look at the list of ingredients used and the method of preparation of delicious milk pudding dish.