Which is the best puttupodi available in Kerala

Puttu is one of the favourite breakfast items in Kerala. Being a rice consuming state, there are many rice based ethnic products like puttu, appams, idlis, etc that is consumed across the state. But puttu is one of the few products that is growing rapidly and is expanding the state boundaries as a favourite food. Puttu podi is now being tried by people across India from other states for being an easy to cook and consume product.

Made from fried rice flour it is one of the light foods that one can have for breakfast. The cooking process is in fact very simple. You just need to wet and steam the puttu powder readily available in a specific cooking utensil called puttu maker or colloquially known as puttu kutti. Most people prefer to consume it with grated coconut. 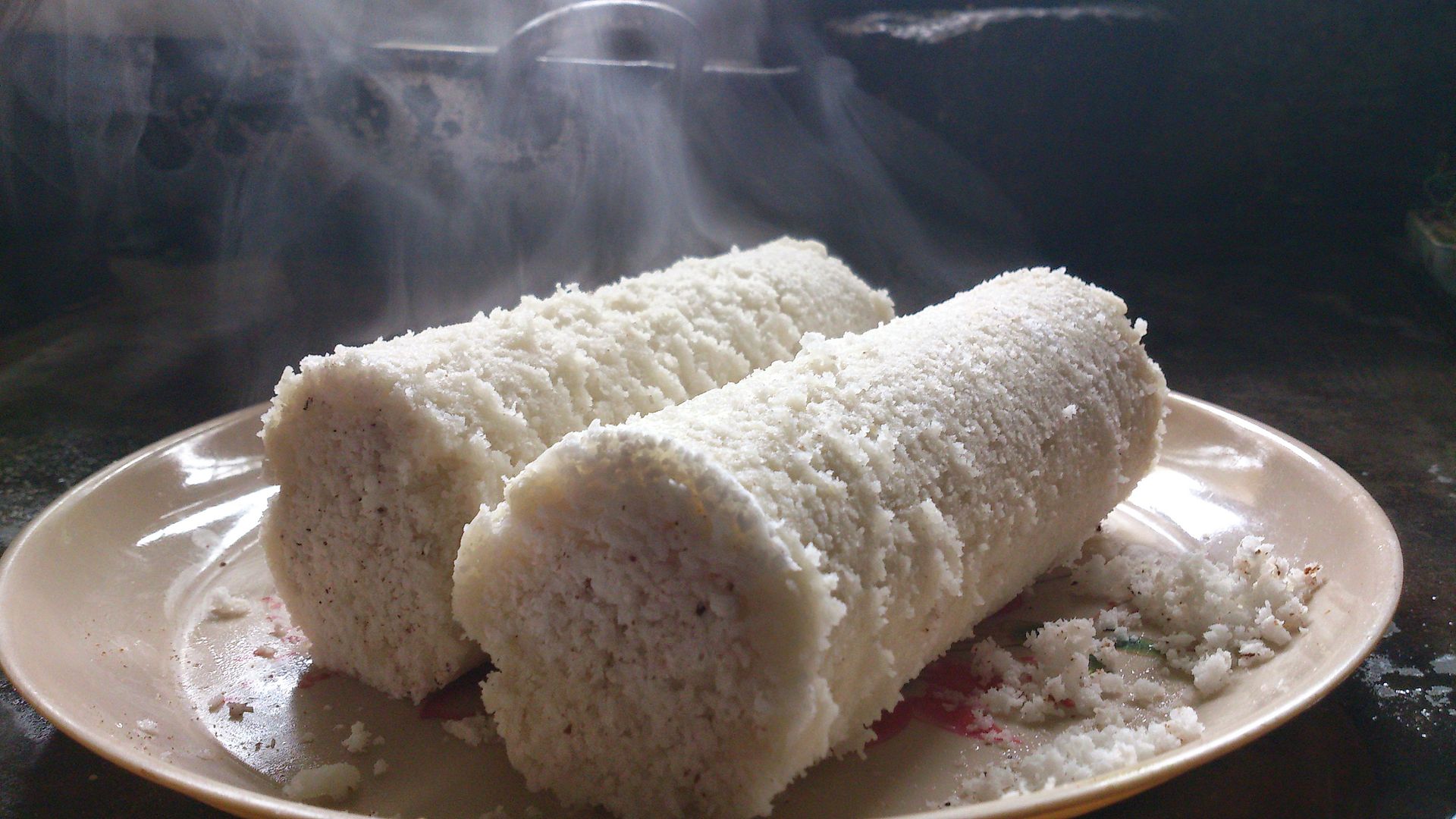 Even though Kerala is known for its typical red coloured rice, puttu’s are mainly white in colour. This is mainly because white rice or commonly known as pacha ari is commonly used for making the puttupodi.

The traditional process of making puttupodi is also simple. The rice is first soaked in water. After a specific time, the water is drained and the rice is air dried. This is then powdered in a ural, a hand working version of a typical powdering mill. This is then roasted and packed for sales.

There is a variant of puttu podi made using red rice also known as chemba rice which is also liked by many. But over the year established manufacturers in the industry has tried out many variants of puttupodi using all popular millets and cereals available in the market. There is puttupodi available in wheat, corn, ragi, jackfruit to several multi grain variety puttupodi’s all made by mixing rice to a small portion of other cereals on a health aspect and also to provide a taste variant from the usual white rice puttu podi. 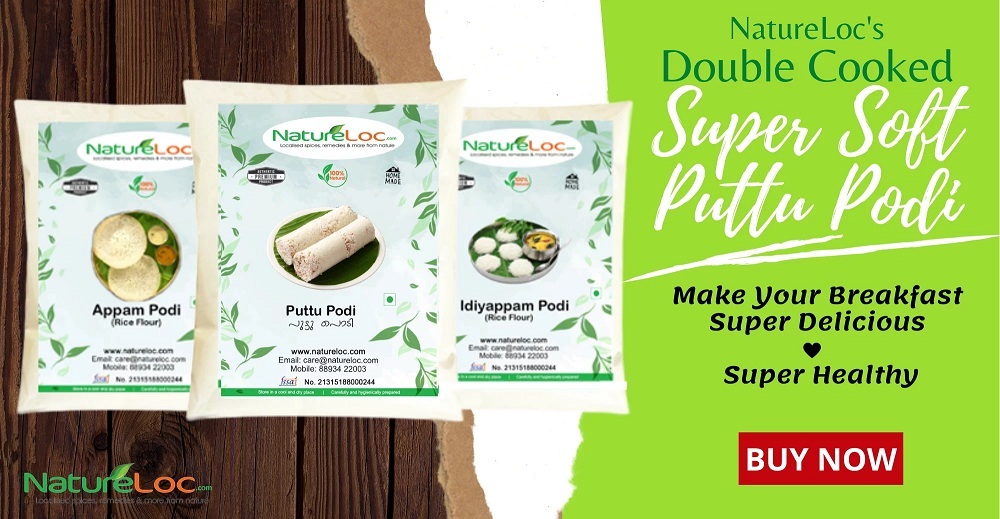 Puttu’s were earlier made in every home across Kerala which had its own unique taste and softness. Over time this has now moved on to a branded or factory-made product. There are a lot of manufacturers in the market namely Ponkathir, Nirapara, Double Horse, Avees, Eastern, Melam, Kitchen Treasures, etc all offering both white and other variants of puttu podi in the market.

Then there are some players like Ajmi, KK, Narasu etc who have improved this to more of a full factory set up by using steam from boilers to reduce the hassle of traditional puttu making to more of a commercial process, terming the product as steam made puttupodi. 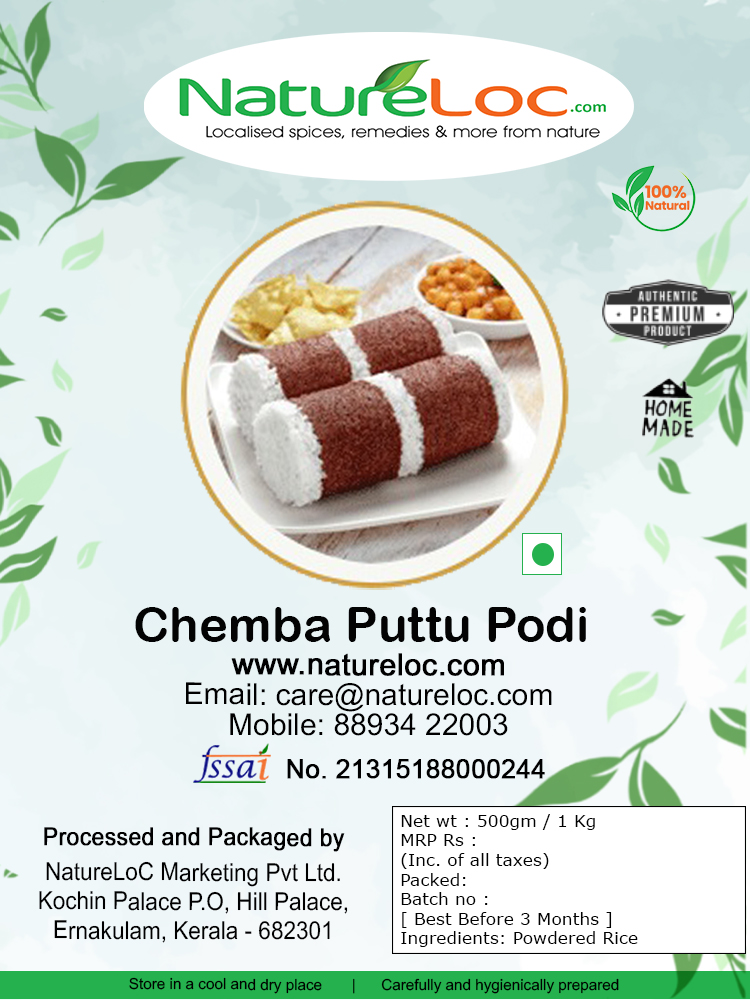 Personally, I would always prefer the homemade ones compered to commercial ones. But these are very limitedly available to purchase online or through the shops.

My search for more options over the internet caught my attention on a fairly new product called Twin Rice Puttupodi offered by a brand called Natureloc.

They were blending 2 different variants of white rice in a specific proportion after several rounds of research and testing to make a mixed twin rice puttu podi which had the ideal taste and softness which we all wish to have for our morning puttus.

Tried it and felt this one to be really nice. It was offering nice voluminous and soft puttu with a good taste.

When what is available in the market is just one variety of rice roasted and powdered, I was getting a far superior product by blending two different variants of rice in an ideal proportion for best results.

Want to try it, well it is available in the link:  Natureloc Twin Rice Puttu podi – Buy Now

Previous: Health Drinks – Choosing the best health drink for children
Next: Indian Diet – Is the Great Indian Diet Only a Diet to Lose Weight?