Salt (Sodium Chloride) provides one of the five basic tastes that consumers love.  Saltiness an salt contribute both flavour and functionally in a wide range of applications.  Salt not only makes food taste salty but it also aids in food preservation and food safety and offers a variety of functionalities in a range of applications.  It also contributes to other taste properties that are not easily replicated by other available ingredients. 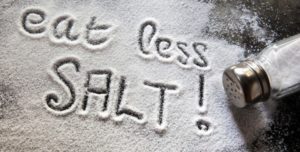 Salt (Sodium Chloride) itself is a very potent inhibitor of off-tastes,particularly the bitter tastes and thus,one of the reasons salt is added to so many different foods is because it helps reduce the off-tastes,the bitter tastes and thereby enhances other tastes and thereby enhances other tastes.  Research suspect there is at least one other mechanism that accounts for the sensory properties contributed by salt.  Salt also improves increases the thickness and body of the foods and makes it taste richer.

You can Buy Different Types of Salt from NatureLoC.com    Buy Now

In meat products, it solubilised protein and enhances hydration.  In the case of cheese,it helps regulate enzyme activity and also enhances texture,salt/sodium plays an integral part in the making of cheese and is responsible for controlling the texture,moisture,functionality,taste and food safety.  It controls the yeast activity in yeast leavened breads and also strengthens gluten, so that doughs are more machinable.

Salt exerts preservative effect foods because it lowers water activity.  Although few foods today are preserved by salt alone,in some products,sat is considered one of the multiple hurdles used to reduce microbial activity in foods.

Indian consume a total average of 10 grams of salt per day,per person,which is twice the recommended WHO guideline on salt/sodium consumption

Indian cooking utilizes a lot of spices,tomatoes,tamarind,onion etc. as a cause for curries/meals,due to which the requirement of slat in cooking goes up.  Thus, a drastic change has to be brought about in cooking methods.