Is Tomato a Fruit or Vegetable? Or are they both? Everything Explained !

Is Tomato a Fruit or Vegetable?

Is Tomato a Fruit or Vegetable?:- The confusion about ‘fruit’ and ‘vegetable’ arises because of the differences in usage between scientists and cooks. Scientifically speaking, a tomato is definitely a fruit. True fruits are developed from the ovary in the base of the flower, and contain the seeds of the plant (though cultivated forms may be seedless). Blueberries, raspberries, and oranges are true fruits, and so are many kinds of nut. Some plants have a soft part which supports the seeds and is also called a ‘fruit’, though it is not developed from the ovary: the strawberry is an example.

As far as cooking is concerned, some things which are strictly fruits, such as tomatoes or bean pods, may be called ‘vegetables’ because they are used in savoury rather than sweet cooking. The term ‘vegetable’ is more generally used of other edible parts of plants, such as cabbage leaves, celery stalks, and potato tubers, which are not strictly the fruit of the plant from which they come. Occasionally the term ‘fruit’ may be used to refer to a part of a plant which is not a fruit, but which is used in sweet cooking: rhubarb, for example.

So, the answer to the question is that a tomato is technically the fruit of the tomato plant, but it’s used as a vegetable in cooking.

Tomatoes are quite possibly one of the summer season’s most versatile produce offerings. They’re typically grouped alongside vegetables in the culinary world, but you may have also heard them referred to as fruits. Read furthermore to explore whether – Is Tomato a Fruit or Vegetable? – and why they’re sometimes confused for one or the other. 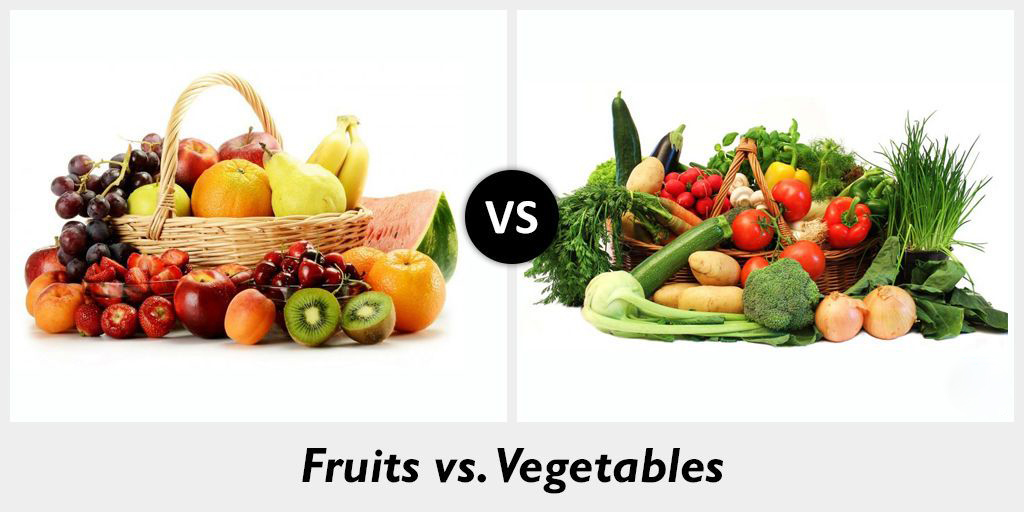 What’s the Difference Between a Fruit and a Vegetable?

Botanical classification of fruits and vegetables is primarily based on the structure and function of the part of the plant in question. Fruits are formed from flowers, have seeds and assist with the plant’s reproduction process. Some common fruits include apples, peaches, blueberries and raspberries. On the other hand, vegetables are the roots, stems, leaves or other auxiliary parts of the plant. Some well-known vegetables include spinach, lettuce, carrots, beets and celery.

When it comes to cooking, the classification system for fruits and vegetables changes significantly compared to how they’re categorized botanically. In culinary practice, fruits and vegetables are utilized and applied based primarily on their flavor profiles. Generally, a fruit has a soft texture and tends on the sweeter side. It may also be somewhat tart or tangy. It’s best suited for desserts, pastries, smoothies, jams or eaten by itself as a snack. Conversely, a vegetable typically has a blander and possibly bitter flavor. It usually has a tougher texture than fruit and, though some are enjoyed raw, may require cooking. They’re best suited for savory dishes like stir-fries, stews, salads and casseroles.

According to science, tomatoes are fruits. All fruits have a single seed or many seeds inside and grow from the flower of a plant. Like other true fruits, tomatoes form from small yellow flowers on the vine and naturally contain a multitude of seeds. These seeds can later be harvested and used to produce more tomato plants. Interestingly, some modern varieties of tomato plants have been intentionally cultivated to stop producing seeds. Even when this is the case, a tomato is still considered to be the fruit of the plant in botanical terms.

They’re Often Classified as a Vegetable

Much of the confusion about whether a tomato is a fruit or vegetable comes from the common culinary applications for tomatoes. Cooking is as much an art as it is a science, which tends to give way to more flexibility for how different foods are categorized. In cooking, tomatoes are usually used alone or paired alongside other true vegetables in savory dishes. As a result, they’ve earned a reputation as a vegetable, even though they’re technically a fruit by scientific standards.

The 1893 US Supreme Court Legal Case

This was the method of classification used by the US Supreme Court in 1893 during a legal dispute with a tomato importer who argued his tomatoes should be considered fruits to avoid the higher vegetable tariff. It was during this case that the court ruled the tomato would be classified as a vegetable on the basis of its culinary applications instead of its botanical categorization as a fruit. The rest is history. Tomatoes aren’t the only foods that struggle with this kind of identity crisis. In fact, it’s fairly common for plants botanically classified as fruits to be used as vegetables in culinary practice.

Other fruits that are often considered vegetables include:

Though much less common, sometimes vegetables are utilized more like fruits in certain culinary scenarios, too. Rhubarb, for example, is often included in sweet dessert-style recipes even though it’s a vegetable. This is also exemplified in other dishes like carrot cake or sweet potato pie.

Tomatoes are botanically defined as fruits because they form from a flower and contain seeds. Still, they’re most often utilized like a vegetable in cooking. It’s not uncommon for culinary practices to blur the lines of scientific definitions of what constitutes a fruit or a vegetable. Many plants that are considered to be vegetables are actually fruits. For all intents and purposes, tomatoes are both. If you’re talking to a farmer or gardener, they’re fruits. If you’re talking to a chef, they’re a vegetable. Regardless, they’re a delicious and nutritious addition to any diet.