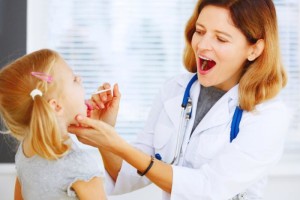 Tooth decay happens when traces of carbohydrate rich food like cakes, carbonated drinks, milk, bread etc. are left back on the surface of the tooth after they have been consumed. This food reacts to the bacteria present In the mouth and produces acids that in turn produce plaque which is a substance that sticks to the surface of the teeth.

The plaque eventually eats away the surface of the tooth. leading to caries.Cavities or caries occur when the structure of the tooth gets destroyed,resulting in the decay of the tooth. And cavities are usually caused by bacteria that can easily be Prevented from spreading.

Causes And Major Risk
Factors
Caries happens to be the most common chronic disease, especially in childhood and is five times more common than asthma, four times more common than childhood obesity and 20 times more common than diabetes. A child having one or more milk teeth either affected by caries or filled or missing due to caries under the age of six is said to be suffering from early childhood caries.Children who are frequently exposed to sugary liquids like milk, breast milk, fruit juice, formula or sweet drinks are highly susceptible to early childhood caries which typically spreads rapidly due to the thin enamel covering in primary teeth. This leads to the damage of the child’s entire teeth and also affects his/her overall health 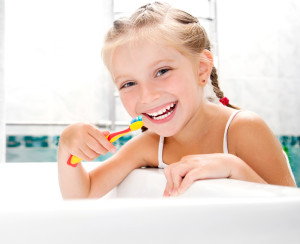 Consequence
Childhood caries goes beyond Pain and infection. There are also increased chances of infection in the permanent teeth. Apart from that, loss of tooth/gross decay leads to sPeech and communication impairment, dietary nutrition problems, sleep. learning, playing impairment etc. which spill over to adult life.Multiple visits to a dentist also leads to increased cost and time of treatment as some of the restorative materials and speech correcting oral appliances are very expensive. Another major effect is that the overall well-being of the child gets hampered due to loss of school days and play time.

Precautions
Some habits inculcated at an earlY age last a lifetime and have long-term benefits. Parents should take some precautionary measures and encourage these habits in their children so that they can grow up with excellent oral health.

Previous: Vetiver roots and oil (Ramacham) Traditional and Medicinal uses
Next: Almonds For Skin DIY – How To Use Almond Face Mask For Skin Care