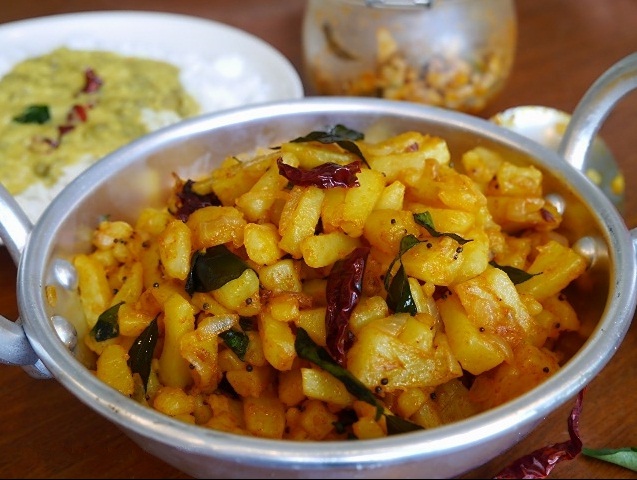 Urulakkizhangu Mezhukkupuratti or Stir-fried Potato is one a simple Kerala recipe usually served as a side dish for boiled rice. Since it requires only 20-25 minutes for its preparation, it is one of a commonly prepared lunch box recipe. Spicy hot flavour of this recipe comes with the use of red coloured chilli powder. Use of finely sliced onion pieces combines well with the potato flavour. The presence of few coconut bits also adds up the flavour. Have a look at the list of ingredients used and the method of preparation of tasty Urulakkizhangu Mezhukkupuratti or Stir fried Potato.

Method of Preparation of Urulakkizhangu Mezhukkupuratti or Stir fried Potato

Previous: Palm Jaggery Benefits And Different Kinds Of Products You Must Own
Next: Indian Gooseberry (Nellikka-Amla) – Improves hair growth prevents greying of hair