Wayanadan Bamboo Rice – Bamboo grows naturally in the forests.   It is available in all parts of India, but it is mainly found in southern India and the states of Orissa, Assam, lower Himalayas, the plains of Ganges and Indus.  Wayanadan  rice is collected by the tribes residing in the forest from the seeds of flowers, bamboo, is known for its highly nutritive qualities,rich medicinal values. A very good substitutes for the polished white paddy rice.  Bamboo rice (Mulayari) has become an important and major source of income for tribals living in the forests. 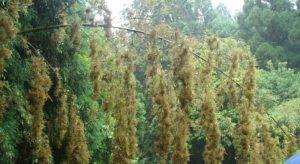 The bamboo rice is pungent, sweet, strong, and nutritious. It cures kapha, pitta dosha, removes toxic substances from the body and cures the disease in which the vital humors of the body are excreted through urine.Out of over 100 types of bamboo, only three are known to be edible, making the plant particularly rare and valuable. Cooking rice in bamboo is an ancient tradition, and the process allows the valuable aromas of bamboo to permeate the rice. Some species of bamboos only bloom with flowers once in 40-60 years and often die after flowering. They compensate this by releasing huge amounts of flowers and seeds, one of many mechanisms that nature employs to ensure the survival of certain species.Bamboo rice is not commonly available due to the reason that it takes many years for an aged plant to flower, which cannot be predicted, as it may vary from few years to 100 years  for a bamboo plant to flower 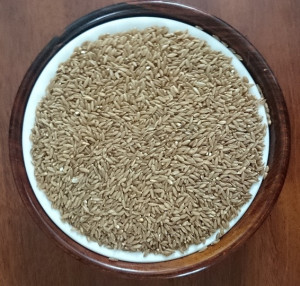 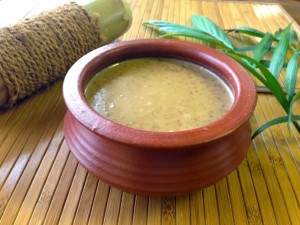