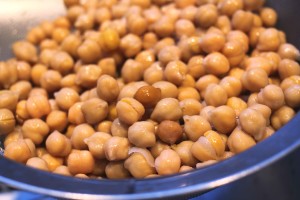 Chickpea (Cicer arietinum L.), also called garbanzo bean or Bengal gram, is an Old World pulse. It is a good source of carbohydrates and protein, and the protein quality is considered to be better than other pulses. Chickpea has significant amounts of all the essential amino acids except sulfur containing types, which can be complemented by adding cereals to daily diet 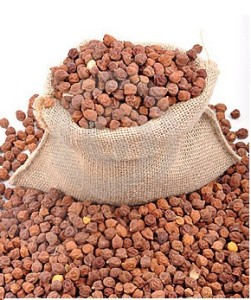 Although pulses have been consumed for thousands of years for their nutritional qualities, it is only during the past two to three decades that the interest in pulses as food and their potential impact on human health been revived. Chickpea consumption is reported to have some physiologic benefits that may reduce the risk of chronic diseases and optimize health .Therefore,chickpeas could potentially be considered as a ‘functional food’ in addition to their accepted role of providing proteins and fibre.Bengal gram (chickpeas) offer some specific health values, and consuming them regularly  boosts your intake of a few nutrients.Eating chickpeas provides you with a vegetarian source of protein, each cup of cooked bengal gram containing 15 grams

Chickpea is a relatively inexpensive source of different vitamins, minerals and several bioactive compounds (phytates, phenolic compounds, oligosaccharides, enzyme inhibitors etc.) that could aid in potentially lowering the risk of chronic diseases. Due to its potential nutritional value chickpea is gaining consumer acceptance as a functional food.

Usually pulses and cereals have a comparable ratio of soluble to insoluble fibres per 100g serving.  Chickpea seeds are a relatively cheap source of dietary fibre and bioactive compounds ,coupled with its low glycemic index,chickpea may be useful for lowering the risk of Cardiovascular Disease (CVD).Chickpea has higher total dietary fibre content compared to wheat and higher amount of fat compared to most other pulses or cereals.Fiber-rich foods also help control your blood sugar levels, because fiber slows down digestion, allowing sugar to move slowly from your digestive tract into your bloodstream

This is due to the complex nature of disease etiology and various factors impacting their occurrence. It is  20 imperative the scientific community continues to unravel the mechanisms involved in disease prevention and determine how food bioactives from such foods as chickpea can influence human health. 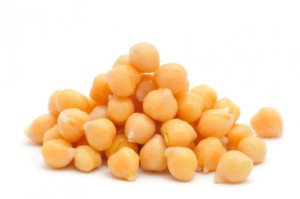 Chick peas is the star ingredient in some our favorite salads,soups,dips…  Peas are probably one of the most adaptive, interesting foods out there…

Roasted peas and Raw chick peas used in curries salads ,as soup base. This is one of the bse inclusions in a salad  adding their nutty flavour, and smooth texture

In the Ayurvedic system of medicine chickpea preparations are used to treat a variety of ailments like throat problems, blood disorders, bronchitis,skin diseases and liver or gall bladder related problems