Who are the Maasai? The Maasai are a tribe of people who live in parts of Tanzania and Kenya and are known as tall and fierce warriors.They can be recognised by the special red cloth they wear which
is called a Shuka.Maasai (massai) people live a nomadic life, which means they move from
place to place with their animals.They rely on their animals for food (including milk, meat and
animal blood) and walk for many miles with their animals to find fresh food and water. They get all the other foods they need by trading (swapping) with other Maasai people. 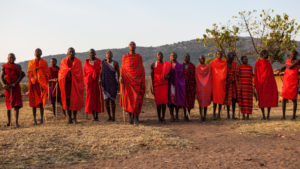 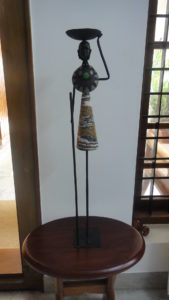 The Maasai are traditional, semi nomadic pastoralists in East Africa.In the 1550’s they moved down along the Nile from Sudan and Egypt and brought with them knowledge on agriculture and cattle breeding. This migrational wave experienced a peak during the 18th century

The beginning of the 2nd millennium saw the Maasai carry out a change in lifestyle from a nomadic living into an established life. They live in single,regional tribes dispersed in Kenya and in northern Tanzania. In Tanzania one finds them mainly in the area around Arusha as well as in the Ngorongoro Conservation Area and in the Serengeti. Today it is estimated that about 140,000 Massai live in Tanzania. A large part of them already live as semi nomads in a kraal (enk-ang or boma) whose location changes only every few years depending on the fertility of the landscape

The Maasai speak the so-called Maa language which belongs to the family of Nilotic languages which, as the name indicates, originate from the Nile valley in Sudan. However, many “modern” Maasai have also appropriated the Swahili spoken in Tanzania. A local tour guide can therefore communicate relatively well with the Maasai and would be able to extend his services to the visitor as an interpreter.

To Know more about maasai lives – Read our next article 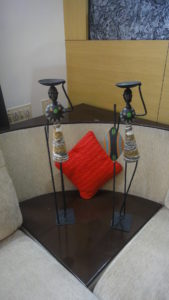 Previous: Is It Safe To Have Seeds During Pregnancy?
Next: Hair-Care-Tips – Make Your Own Hair Oil -Shampoo