Tribulus terrestris (Malayalam: ഞെരിഞ്ഞിൽ) Njerunjil (Njerinjil) is an annual plant in the caltrop family (Zygophyllaceae) widely distributed around the world, that is adapted to grow in dry climate locations in which few other plants can survive. 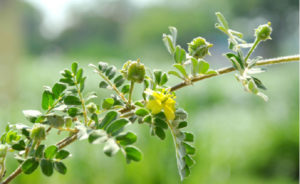 Names Of Njerunjil in Different Languages

How to prepare Njerinjil water? What are the ingredients?

In Siddha medicine, Tribulus terrestris is known in Tamil as Nerunjil, yanai vanangi, thirikandam, siru nerunjil and the whole plant is used in the form of decoction to treat urinary tract infections, urolithiasis, dysmenorrhea, edema. 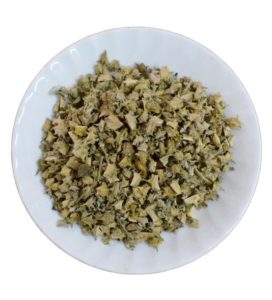 In Ayurvedic pharmacology, Tribulus Terrestris is used as a powder form of the aerial parts, particularly the fruits. In Sanskrit it is known by the name gokshura, meaning the “cow’s hoof”. It gets the name from its small thorns which tend to get stuck on grazing animals. Nevertheless, an unrelated plant, pedalium is also known as gokshura, more specifically as bada gokshura (“big cow’s hoof”), whereas the gokshura proper is referred to as chhota gokshura (“small cow’s hoof”). The two herbs are often found mixed in powder blends used.

Gokshura is believed to contribute to overall physical, as well as sexual, strength by building all the tissues, especially reproductive tissue. But it is not considered as a particular vajikarana (sexual functions) herb. It is believed to be useful in kidney, bladder, urinary tract and urogenital related conditions, where it is said to act as a diuretic.

How does this small herb provide positive effects against urinary problems

According to the respondents, the seed infusion of Njerinjil (Tribulus Terrestris L.) is effective for elimination of urinary stones.
Ayurveda researchers have also reported the use of seed for the treatment of kidney stones. As well as the use of fruits and roots thrice a day for a week in case of stone problem in both urinary tracts and kidneys. The roots and fruits of Njerunjil are reported to be sweet, cooling, diuretic, expectorant, lithontriptic and are useful in renal and vesical calculi, strangury, dysuria and vitiated conditions of vatha and pitha. The whole plant of Njerinjil is used for seminal weakness, urinary retention, kidney stone flatulence and fever

Nerungilis used in Unani under the Urdu name Khar-e-Khasak Khurd and the pedalium is referred to as Khar-e-Khasak Kalan. Their administration and indications are essentially similar to Ayurveda.

In Kashmiri language, Tribulus Terrestris is also known as Mitser Kaend (kund singular). It is normal in these parts of the world as a tea made of them is given to treat fevers of all kinds.