Onam, a festival celebrated year after year with great zeal and zest, is a tribute to the beloved King Mahabali.  The month of September brings only one word in the minds of the people of Kerala and that is ‘Onam’. This festival is celebrated on September 14th in 2016. It’s 10 days of merriment with folk culture taking the center stage.

The story behind this festival Onam

The story behind this festival goes like this .. . Once upon a time the asura monarch Mahabali ruled Kerala. His rule was so benign that the devas became jealous and fearful that his subjects would turn away from them. To prevent this Vishnu reincarnated himself as Vamana, a Brahmin dwarf, tricked Mahabali and banished him to the netherworld.But before leaving, Mahabali extracted a promise from Vishnu that each year he could return to inquire after the well-being of his subjects. This  festival celebrates the annual return of Mahabali. 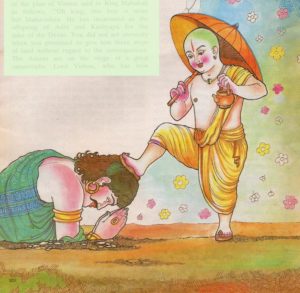 This is celebrated in the month of Chingam, as per Malayalam calendar. It is also called the harvest festival of Kerala. Onam is the most popular event that takes place in Kerala every year and the state proudly promotes this season as the tourism season.

At the core of the festival is the Onamsadya in which the unseen guest of honor is Mahabali.The primacy of this sadya can be gauged from an old Malayalam saying which advocates even the selling of a mortgaged land in order to eat the Onasadya! And all other sadya are but variations of this one.

How to create traditional  Onampookalam (floral arrangement)? How to Prepare OnaSadya? Serving methods – How to eat onamsadya? Onamcooking recipes 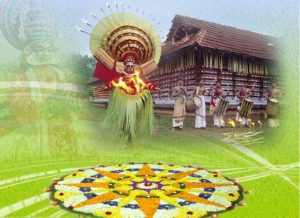