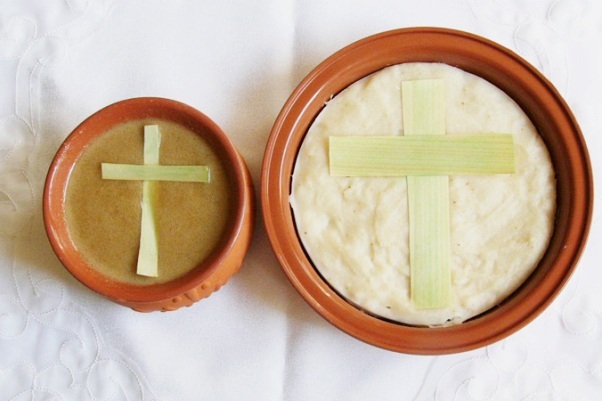 Pesaha Appam or Indari Appam is the unleavened bread served with Passover Coconut Milk called Pasaha Pal, prepared on Holy Thursday or Maundy Thursday, the day before Good Friday.  On this day, it is customary among most Christian communities to make a steamed, unsweetened cake from rice which is not parboiled, black beans, cumin, shallots, garlic, coconut and salt. A small cross made out of a piece of palm leaf sanctified from the church is placed on top of the cake. This cake is called by the name ‘Inri Appam’ or ‘Indari Appam’ in Malayalam language as it comes from the abbreviated inscription ‘I.N.R.I’ on the top portion of the cross. Grated jaggery is used in Pesaha pal for a sweet flavour and it combines well with the taste of dried ginger, cumin seeds and sesame seeds. Have a look at the list of ingredients used and the preparation of Pesaha Appam or Indari Appam and Pesaha pal. 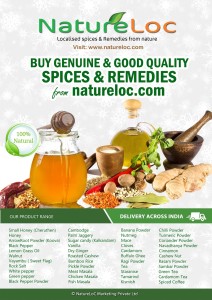