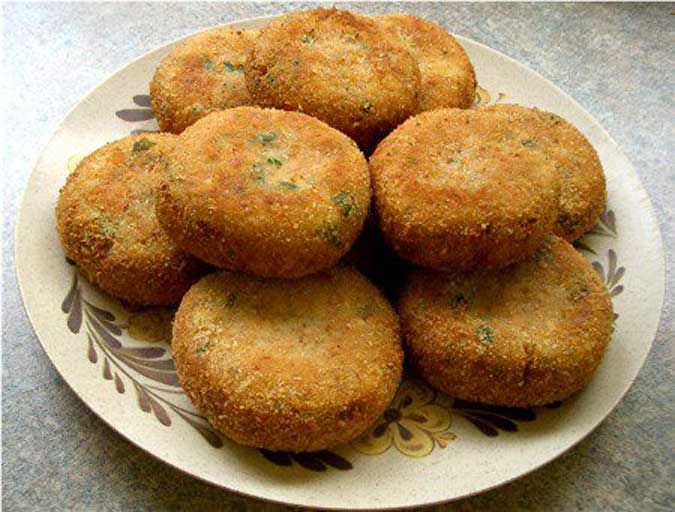 Aloo tikka or Potato cutlet is one of a popular North Indian snack recipe made with potatoes and a mixture of several spices. It is a simple dish and would require only 25-30 minutes for its preparation.  It is usually served with chutney’s like green coriander chutney and tamarind chutney.  Aloo tikka is also served with spicy chickpea gravy or dried yellow peas gravy called as ragda. Several chaat recipes like tikki chole, ragda patties and aloo tikki burger make use of this delicious aloo tikka for preparations. Have a look at the list ingredients used and the preparation of Potato cutlet or Aloo tikka.

Method of preparation of Potato cutlet or Aloo tikka

Previous: Vetiver Essential Oil: 7 Magical Benefits Which Unfolds In Front Of You
Next: 9 Kerala Red Rice Benefits – Start Eating More From Today If You Haven’t