Quinoa – The golden ‘grain’ of the Andes

Quinoa  is a staple food of the ancient civilizations of the Andes of South America, and is mainly grown in the Andean Countries of Peru and Bolivia.Because of its high nutritional value, indigenous peoples and researchers often refer to it as “the golden ‘grain’ of the Andes.”
The taxonomic classification is:
• Kingdom: Plantae
• Order: Caryophyllales
• Family: Amaranthaceae
• Subfamily: Chenopodioideae
• Genus: Chenopodium
• Specie: Chenopodium quinoa Willd

Quinoa – Is it a cereal? What does it taste like?

Kuinoa has a very delicate taste, often described as nutty,earthy. Quino contains saponins, which are normally removed mechanically prior to being sold, or otherwise need to be carefully rinsed off prior to cooking to remove their bitter taste. Quino has an interesting texture that can add crunchiness to almost any recipe. Quino can be classified into “bitter” and “sweet” varieties that reflect the saponin content, which is much lower in the sweet varieties.

What are its distinct properties? Nutritional and functional properties 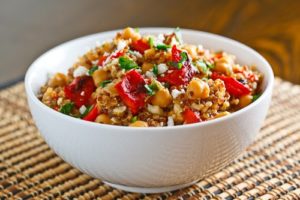 Quinoa has a high percentage of total dietary fibre (TDF), which makes it an ideal food to detoxify
the body, eliminating toxins and waste products that may harm the body. Quinoa produces a feeling of
fullness. Cereals in general and quinoa in particular, have the ability to absorb water and stay longer
in the stomach. 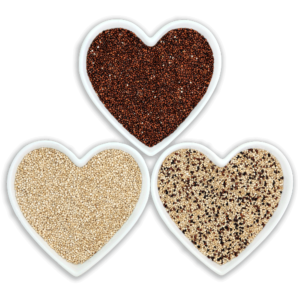