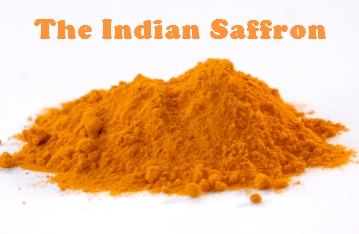 Turmeric, the yellow spice has been put to use as a food stuff cosmetic, and medicine. It lends curry its distinctive yellow color and flavor. It is used as a coloring agent in cheese, butter, and other foods. Turmeric is also used in manufactured food products such as canned beverages, dairy products, baked products, ice cream, yellow cakes, yoghurt, orange juice, biscuits, popcorn. sweets, cake icings, cereals, sauces, and gelatins. Because of its brilliant yellow color, turmeric is also known as ‘Indian saffron.’

Three major curcuminoids viz., curcumin, demethoxy curcumin and bis demethoxy curcumin imparts yellow color to turmeric. Curcuminoids imparts anti oxidative, anti diabetic and anti inflammatory effects and have been used as a chemopreventive agent for cancers of colon,breast,prostate,esophagus,lung and oral;inhibition of atherosclerosis and inhibition of viral and bacterial growth 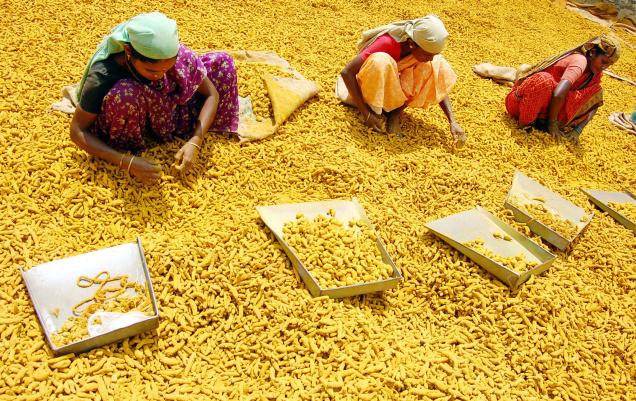 Alzheimer’s disease (AD) is a progressive neurodegenerative disease. It is characterized by progressive cognitive deterioration together with declining activities of daily living and behavioral changes. It is the most common type of pre-senile and senile dementia.  According to the World Health Organization (WHO), 5% of men and 6% of woman of above the age of 60 years are affected with Alzheimer’s type dementia worldwide.

Turmeric, the traditional Indian medicine, plays a significant role in the improvement of behavioral symptoms in the persons suffering from Alzheimer’s disease.According  to Sanskrit medical treatises, Ayurveda and Unani systems, turmeric have a long  history of medicinal use in South Asia. Susrutas Ayurvedic Compendium, dating back to 250 BC,recommends an ointment containing turmeric to relieve the effects of poisoned food. ln Ayurvedic medicines, turmeric is a well documented treatment for various respiratory conditions (asthma, bronchial hyper activity and allergy), as well as for liver disorders, anorexia,rheumatism,diabetic wounds, running nose, cough, and sinusitis. 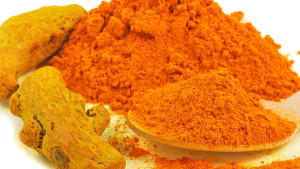 Turmeric has been used to treat diseases associated with abdominal pain, sprains and swelling. Unani practitioners also use turmeric to expel phlegm or kapha, as well as to open blood vessels in order to improve blood circulation. It can be incorporated into foods, including rice and bean dishes, to improve digestion and reduce gas and bloating. It is a cholagogue, stimulating bile via the gall bladder, which improves the body’s ability to digest fats. Turmeric mixed with milk or water can be taken to treat intestinal disorders as well as colds and sore throats.

Turmeric paste is applied to the skin of the bride and groom before marriage in some parts of India,Bangladesh, and pakistan, where it ls believed to make the skin glow and keep harmful bacteria away from the body. Turmeric is currently used in the formulation of several sunscreens. Several multinational companies  are involved in making face creams based on furmeric. 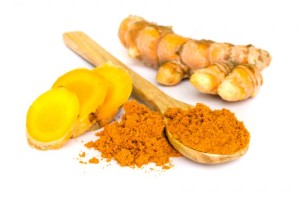 Turmeric, in spite of being an indispensable culinary ingredient that imparts musky flavour and yellow colour to curries and foodstuffs is also an abundant source of medicinal value which can ward off many illnesses that encroaches our life. Thus this yellow herb ensures us a golden healthy and charming life with strong immune system.