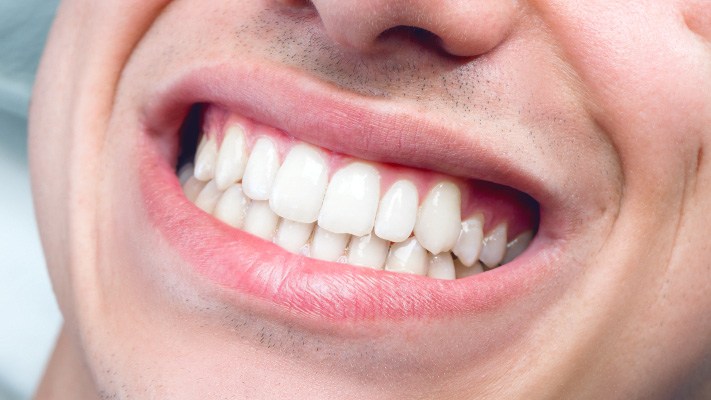 Imagine you biting an apple and suddenly you notice a red patch on the bitten part of the apple. If you are along with your friends, wouldn’t you be embarrassed about it ? Let’s take another example, you are brushing your teeth and as you spit out the paste, you would notice few mixture of blood along with the paste. Bleeding gums can be an indication of a gum diseases, therefore it is important to take good care of your shiny white teeth and strong gums for holding your teeth firmly.

Bleeding gums can be caused due to the following factors:

Some of the symptoms of bleeding gums may include: 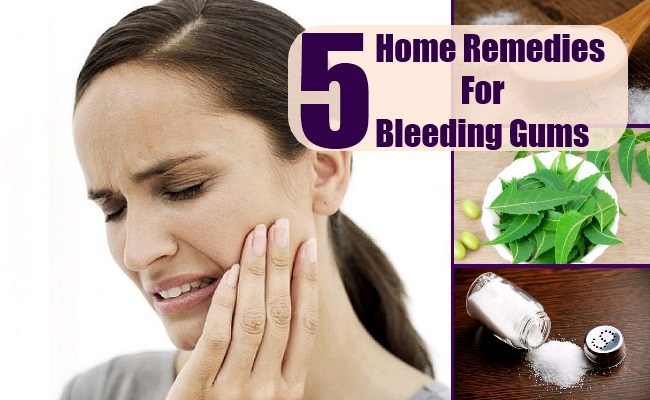 We suggest 5 Natural Home Remedies For Bleeding Gums that you must keep handy:

Salt is good for it’s anti-inflammatory and antiseptic properties which helps in reducing the swelling and fight the infections that causes bleeding gums. All you need to do is mix warm water with salt and rinse your mouth thoroughly with this solution. Use this solution for at least 2-3 times a day.

Honey has anti-bacterial and anti-inflammatory properties that help kill the bacteria causing bleeding gums. At your fingertips take some raw honey and gently massage your gums. Ensure to apply honey on your gums regularly and see the effective results.

Cranberry juice contains phenolic acids and anthocyanins which is known for it’s anti-microbial properties which helps to keep your teeth and gums away from various harmful bacteria. Take some unsweetened cranberry juice and drink it on a daily basis and see the effective results.

Oil Pulling is an ancient practices that involves swishing oil in your mouth to remove bacteria & promote oral hygiene. It helps to fight the infections which causes bleeding gums. Rinse your mouth with coconut oil to ensure that your mouth is away from these harmful bacterial growth.

Turmeric is known to heal the infections, due to its therapeutic properties. It presents curcumin compound which is said to have anti-inflammatory and anti-microbial properties that help prevent the gums from bleeding. All you need to do is mix some turmeric and mustard oil together and massage the mixture gently on your gums.

Ayurvedic Home Remedies For Bleeding Gums: How To Stop The Gums From Bleeding?

Here are a few home remedies that you can bring into use for bleeding gums: