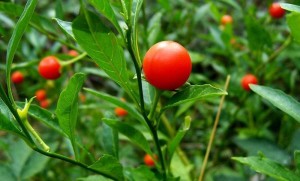 Amukkuram  Ashwagandha Trittavu consists of dried mature roots of Withania somnifera Dunal. (Family Solanaceae), a perennial shrub, found in waste land, cultivated field and open grounds throughout India, widely cultivated in certain areas of Madhya Pradesh and Rajasthan , roots collected in winter, washed and cut into short pieces. It is also known as  Indian ginseng, and as Indian Winter Cherry is an important ancient plant, the roots of which have been employed in Indian traditional systems of medicine, Ayurveda and Unani.The other names of amukkuram are Asgandh , Amukira ,Keramaddinagaddi,Vajigandha, Pennerugadda ,Trittavu (ത്രിത്താവ്) ,Askandha.It is a stout shrub that reaches a height of about 170 cm (5 to 6 ft). The erect branched shrub is berry-like in shape and size and bears greenish or lurid yellow flowers and red fruits. 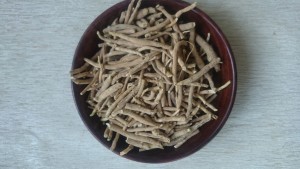 It is an ironic herb as it is a tonic and sedative all in one. It strengthens an exhausted nervous system that can manifest with ‘hyper’ signs such as emotional instability, agitation or feeling stressed-out. It has the dual action of energizing while calming.

Its name Ashwagandha meaning ‘the smell of a horse’, comes from the fresh root smelling like a horse’s urine, and also perhaps because it is renowned for imparting the sexual stamina of a horse 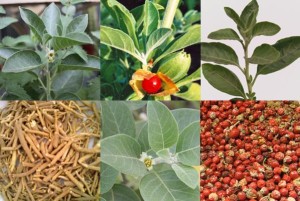 It grows as a short shrub (35 to 80 cm) with a central stem which branches extend radically minutely stellate tomentose.  The flowers small and greenish,ripe fruit is red-orange and roots fleshy,whitish brown,tuberous roots are used for medicinal purpose

Aswagandha (amukkuram) – is one of the best rejuvenating  agents in Ayurveda.

Its root an important place in treatment in ayurveda ,inflammation of joints,nervous disorder,rheumatic pain.  Dried roots are used for medicinal tonic for cold,cough,hiccup,female disorder,sedative,ulcers etc.  It has a anti-inflammatory, anti-tumor, anti-stress, antioxidant, mind-boosting, immune-enhancing, and rejuvenating properties.  Ashwagandha root has also been noted to have sex enhancing properties and has the ability to restore sexual health and improve overall vitality  while promoting a calm state of mind 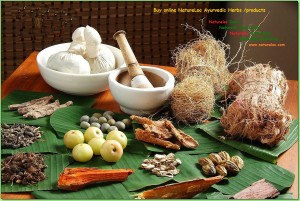