Caffeine Benefits You Probably Might Have Never Heard About Until Now 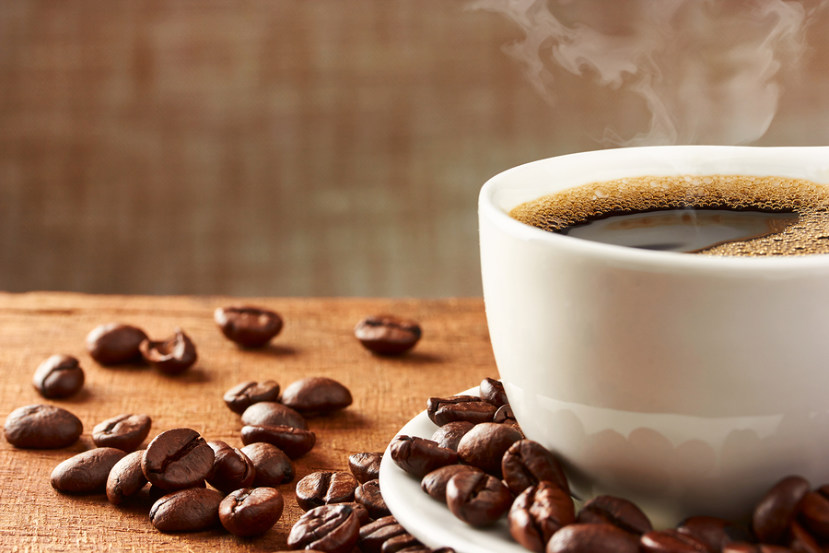 Can’t function without caffeine in your system? Caffeine isn’t just your morning energizer. It’s a precious addition to our kitchen shelves due to a number of reasons. Let’s delve deep into a tall frothy mug of cappuccino and understand how caffeine can be good for our health. Excited? Read on further to know about benefits of caffeine.

A question that everybody has in mind is whether caffeine is good for health. The amount of caffeine contained in two to four cups of coffee a day is not harmful. However, excess caffeine intake can make you feel restless, irritable and anxious. Some people are sensitive to caffeine, and they need to restrict their intake. Taking caffeine in the right doses can provide the following health benefits.

Health Benefits Of Coffee Beans – Why You Must Drink Coffee

Caffeine, when taken in the form of caffeine enema, detoxifies your liver and cleanses the colon. A study has proved that caffeine may reduce fatty liver in those suffering from non-alcohol related fatty liver disease.

Research says that drinking 5 cups of coffee a day can reduce the risk of developing diabetes. This is primarily because of the presence of high level of disease-fighting antioxidants. Furthermore, drinking sugar-free coffee daily can make you less likely to suffer from type 2 diabetes.

Caffeine is good for your brain. It causes the release of dopamine. Dopamine is a brain chemical that stimulates the area of gray matter. This again is responsible for alertness, problem-solving and pressure. Hence making your brain active and sharper. In fact, people who drink four cups of caffeinated drink are half as likely to suffer from Parkinson’s disease in comparison to others. This is primarily because caffeine keeps dopamine molecules active. It also blocks adenosine that may slow down the buildup of amyloid-beta. Amyloid-beta is a toxic brain plaque that is associated with Alzheimer’s disease.

Caffeine constricts your arteries by infiltrating the receptors that line the blood vessel walls. This causes your blood pressure to rise. However, this is a problem with non-habitual drinkers. The effect on blood pressure tends to be much smaller on habitual coffee drinkers as their bodies are somewhat tolerant to its effects. Furthermore, men who took 4 cups of caffeinated beverage daily are less likely to suffer from heart disease than those who never took a sip. Drinking coffee has been found to reduce the risk of stroke by 22%.

Insomnia: 7 Natural Sleep Aids That Will Help You Fall Asleep In A Jiffy

Drinking caffeinated drinks can help in weight loss. Regular drinkers often report a decrease in appetite, resulting in weight loss. Just make sure you don’t go overboard with it! 300-400 milligrams of caffeine in any form (cola, tea, or coffee) is enough.

Caffeine has been associated with eye health benefits recently. Being a powerful neuroprotectant, caffeine is known to reduce the chances of hypoxia (deprivation of oxygen) in the retina. As a result, thus preventing retinal degeneration.

Caffeine can reduce the risk of developing cancer. It also delays the onset of common cancer. Several studies have focussed on caffeine’s effect on cancerous cells. And here we aren’t talking about one or two cups daily; all these studies focus on four cups of caffeine on a daily basis to cut cancer risk. Studies reveal that having at least 5 cups of caffeinated drinks can reduce the risk of oral cancer by 39%, brain cancer by 40%, colon cancer by 42%, breast cancer by 49%, and endometrial cancer by 19%.

Consuming 140 to 400 mg of caffeine 30 to 60 minutes before exercising can improve both speed and endurance. They slightly increases your heart and breathing rate by stimulating your nervous system. This prepares your body for peak performance. It also facilitates the muscle contraction. Thus blocking the adenosine receptors attached to muscle fibers. As a result, this triggers electrical activity that prompts bigger bursts of calcium. Additionally, caffeine, when mixed with carbs, can replenish muscle glycogen concentrations faster after exercise. Hence, caffeine is often used in energy drinks to increase stamina.

9. Treatment Of Migraine And Headaches

A night of binge drinking (alcohol) can lead to an uncontrollable headache the day after. A cup of strong black coffee might help beat that cruel pain! The strong neuroprotective effects of caffeine are helpful to hike the effectiveness of gastrointestinal uptake of painkillers. As a result it is beneficial for patients with migraine and headache medications.

Caffeine increases the level of a neurotransmitter called acetylcholine. This is associated with attention, concentration, learning and memory. Hence, it has a positive effect on memory and cognitive function. All in all, caffeine is excellent for our brain health!

Keto Vegetarian Recipes Nobody Will Tell You About For Ketogenic Diet

Caffeine can provide various benefits for your health. However, this is only possible with the right dosage of caffeine. Excessive intake of caffeine has been reported to cause adverse effects on your health. Moreover, some individuals are sensitive to caffeine, and they are required to restrict its consumption or completely avoid it. In fact increased consumption can also cause dependence due to increased tolerance. And therefore you require greater amounts of caffeine to obtain the same stimulatory benefits. Given below are the negative effects associated with excess consumption of caffeine.

I Skipped Breakfast For A Week And This Is What Happened To Me Next!!

In order to reap the benefits of caffeine and minimize its negative effects, it is important to ingest the right dosage. The recommended safe level of consumption of caffeine per day is 500 mg. It’s lesser for those with heart conditions, high blood pressure and pregnant women. On an average, a cup of instant coffee contains between 80 to 100 mg of caffeine. The stronger the coffee, the higher is the caffeine content. Furthermore, tea has comparatively lesser amounts of caffeine unless it is very strongly brewed. So go ahead and grab that cup of joy and savor its health benefits.