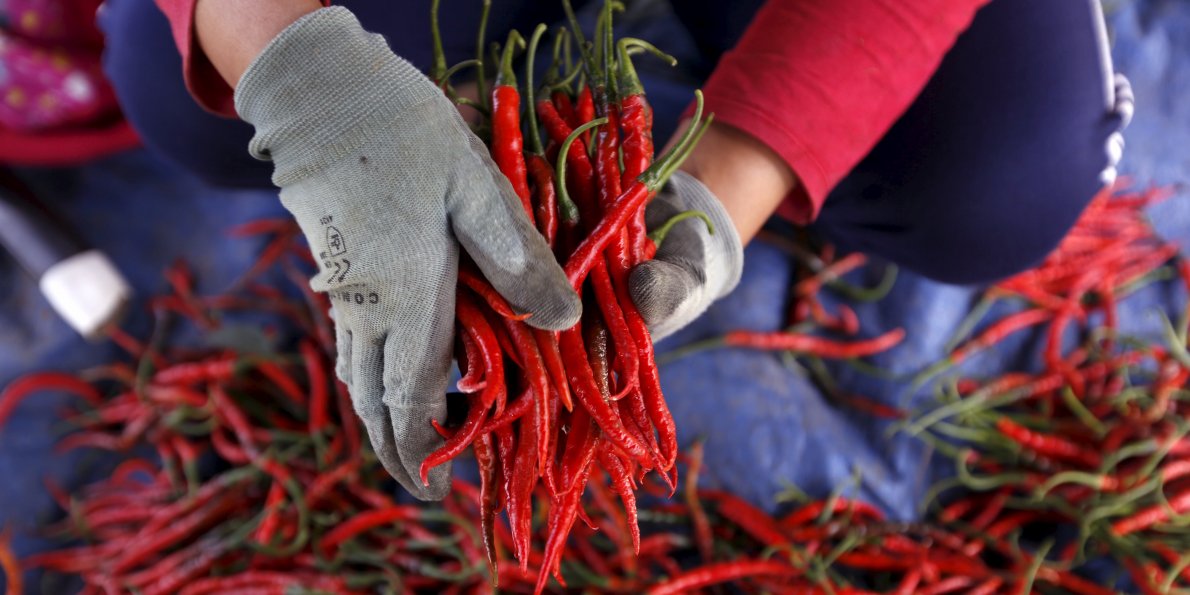 The Chili Pepper from Nahuatl is the fruit of plants from the genus Capsicum, members of the nightshade family, Solanaceae. They are widely used in many cuisines to add spiciness to dishes. The substances that give chili peppers their intensity when ingested or applied topically are capsaicin and related compounds known as capsaicinoids. 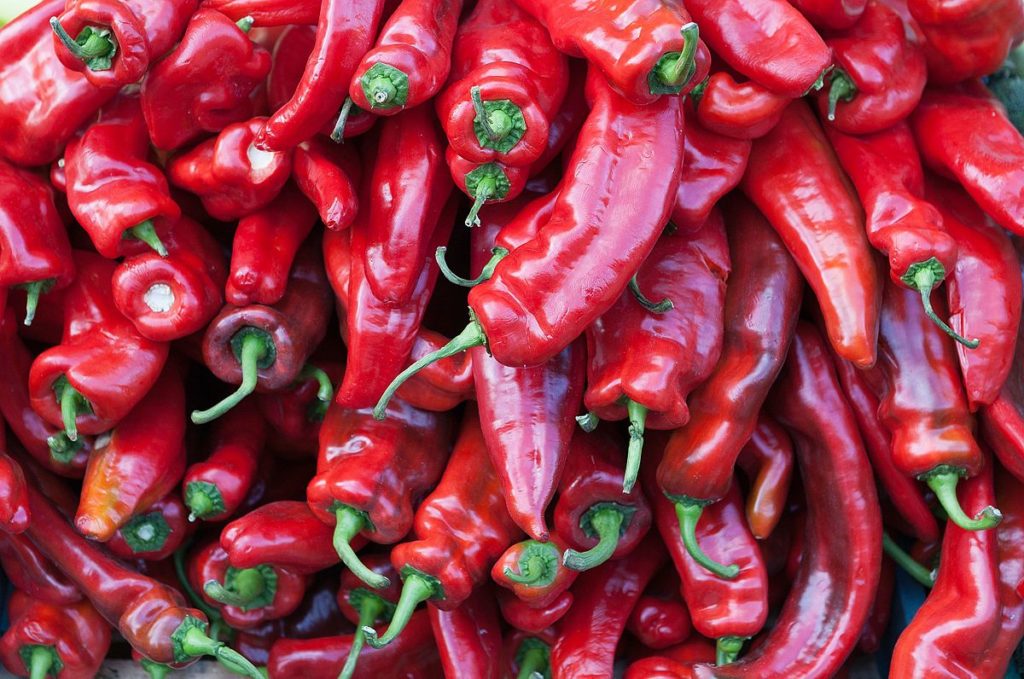 Capsaicin binds with pain receptors, which are nerve endings that sense pain. This induces a burning sensation, but does not actually cause any real burning injuries. Even so, high consumption of it may damage the pain receptors over time, causing desensitization to the burning flavor of chili. It also makes these pain receptors insensitive to other forms of pain, such as heartburn caused by acid reflux.

Obesity is a serious health condition that increases the risk of many chronic diseases, such as heart disease and diabetes. Capsaicin in chili can promote weight loss by reducing appetite and increasing fat burning. It may also reduce calorie intake. A study in 24 regular consumers of chili found that capsaicin before a meal led to reduced calorie intake.

Capsaicin is a potent inhibitor of substance P, a neuropeptide associated with inflammatory processes. The hotter the chili pepper, the more capsaicin it contains. The hottest varieties include habanero and Scotch bonnet peppers. Jalapenos are next in their heat and capsaicin content.

It is as an effective treatment for sensory nerve fiber disorders, including pain associated with arthritis, psoriasis, and diabetic neuropathy.

Cayenne, have been shown to reduce blood cholesterol, triglyceride levels, and platelet aggregation, while increasing the body’s ability to dissolve fibrin, a substance integral to the formation of blood clots. Cultures where hot pepper is used liberally have a much lower rate of heart attack, stroke and pulmonary embolism.

It helps to stop the spread of prostate cancer cells through a variety of mechanisms. Capsaicin triggers suicide in both primary types of prostate cancer cell lines, those whose growth is stimulated by male hormones and those not affected by them. In addition, capsaicin lessens the expression of prostate-specific antigen (PSA), inhibits the ability of the most potent form of testosterone, dihydrotestosterone, to activate PSA, and directly inhibits PSA transcription, causing PSA levels to plummet. 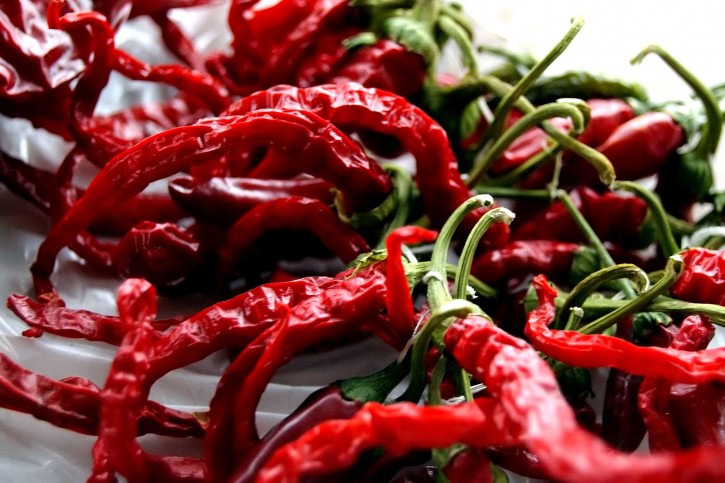 Choose fresh chili peppers that have vivid, deep colors and glossy, firm and taut skins. Their stems should seem hardy and fresh. With the exception of jalapenos, peppers should not have any cracks near the stem end. Avoid those that are wrinkled or have soft areas or black spots.

When purchasing dried look for ones that are still vivid in color. If they’ve lost their color, they’ve probably lost their flavor as well. Both fresh and dried are available throughout the year in most areas.

Place unwashed fresh peppers in paper bags or wrap in paper towels and store in the vegetable compartment of the refrigerator, where they should keep for at least one week. Avoid storing peppers in plastic bags as this may result in moisture accumulation, which will cause them to spoil more quickly.

Fresh peppers can also be hung in the sunlight to dry. Once dried, they can be used to make freshly ground chili powder. Dried peppers and chili powders should be kept in a tightly sealed jar, away from sunlight.

Powdered chili pepper, such as cayenne pepper and chili powder, should be kept in a tightly sealed glass jar, away from direct sunlight.

At the end of the day, using chili peppers as a spice may be healthy for many people, while those who experience digestive distress should avoid them.