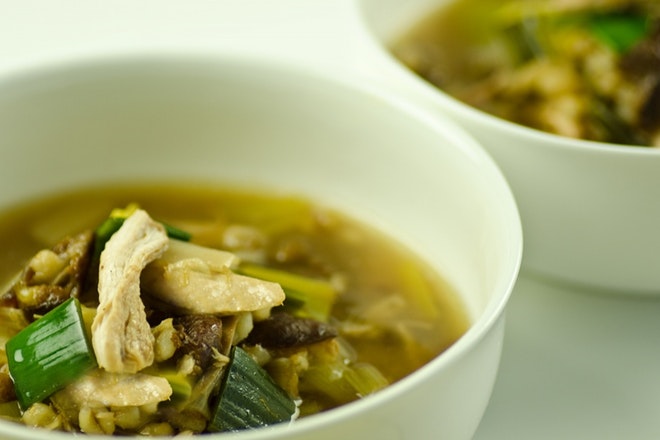 Cock-A-Leekie Soup (Mixed Soup) is a Scottish soup dish consisting of leeks and peppered chicken stock, often thickened with rice, or sometimes barley. The original recipe added prunes during cooking, and traditionalists still garnish with a julienne of prunes.

While it is called “Scotland’s National Soup”, it probably originated as a chicken and onion soup in France. By the 16th century, it had made its way to Scotland, where the onions were replaced with leeks.

The leek is a vegetable. The edible part of the plant is a bundle of leaf sheaths that is sometimes erroneously called a stem or stalk. 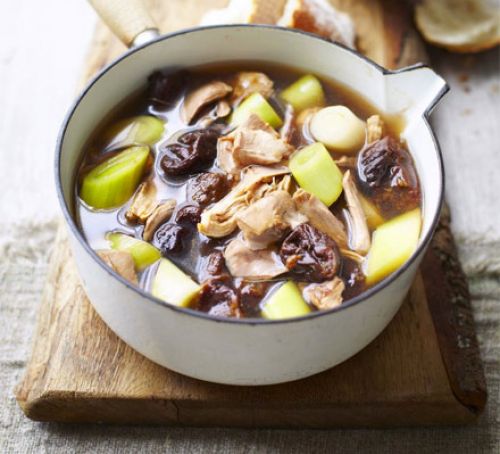 Find the right pepper for your soup here

Find the right pepper for your soup here

Previous: Tapioca Health Benefits – Is Tapioca Good For Your Health ?
Next: How to make sweet Mambazha pradhaman?