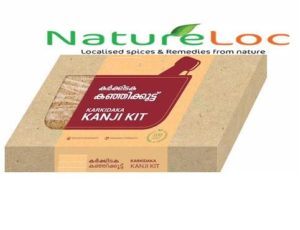 The season won’t be complete without the age-old tradition of having Karkidaka kanji, the bitter rice gruel mixed with herbs, that surprisingly is a hit with the youth too albeit in refreshed avatars. The special preparation, which was said to aid digestion and boost immunity, has been getting a modern twist – thanks to the ready mix varieties and food experimentation.

Karkidaka kanji (the medicinal porridge) is one of the special therapeutic Ayurvedic diets that is prescribed during the Karkidakam season to overcome many diseases caused during the monsoon and to improve the immunity of one’s body. The gruel not only cleans the body from the inside but also aids in good digestion. It is also very effective for improving immunity if taken in a proper manner.

NatureLoc wellness consultant Linda Rakesh from Tripunithura says, “Right now, people are more conscious about their health and so they often seek healthy recipes.” As it’s become tough to prepare karikadaka kanji like in the past, because it takes time to gather all the ingredients, Linda says more people now opt for the ready mix packets that are supplied by health centres.

Another popular version is the oushada kanji, which is now included in health packages for tourists. “This variety uses all 24 herbs and hence is more beneficial as it improves the over all health.  The availability of the ready – mix variety throughout the year also reflects the lifestyle of the people. “ Earlier, people used to have the gruel only once a month and that was enough to detox their bodies. However, these days, regular detox is required because of the bad eating habits and sedentary lifestyle,” Linda says.

It is recommended that one should have this ‘medicinal porridge’ continuously for 7 days or multiplies of the week like 2 weeks (14 days), 3 weeks (21 days) etc. for optimum result.

How to prepare Oushatha kanji-