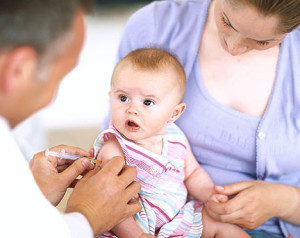 Vaccines are made up of actual inactivated or  less powerful microbes or products of microbes like toxoids which microbes release’ When the body makes antibodies against the inoculated microbes, it elicits an immune response and the actual infection is prevented’

Of late, there is an awareness for the importance of immunisation for adults and more and more people are now being offered immunisation against common infectious diseases. Some of these vaccines are also part of the national immunisation schedule for children or for those below 18 years of age.

Some infections which can be prevented by immunisation even later in life include the following: 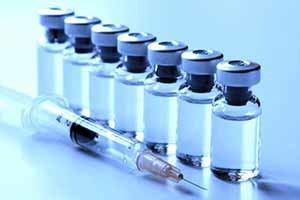 Hepatitis B Vaccine: Chronic hepatitis B infection affects many people over the world. Most children are immunised against Hepatitis B but many are still at risk. The vaccine is injected to the upper arm and three doses at zero,one and six months are recommended’ or those who did not complete the scheduled course earlier, assessing the antibody response will help determine the need for a repeat course’

Hepatitis A Vaccine:
Hepatitis A is a common communicable infection and vaccination against it provides long lasting immunity. The vaccine is injected to the upper arm at zero and six months. lt is also available in combination with the hepatitis B vaccine (TWINRIX) in which case the zero, one and six months schedule is required’

Chicken Pox is a highly contagious disease and can be prevented with immunization. lt can lead to scarring and is more severe in adults than the milder form which affects children’ Vaccination is recommended for the general population but especially for people who come in contact with those affected with either chicken pox or herpes. The recommended two doses are given subcutaneously six weeks apart.

Influenza
With the seasonal outbreak of influenza, especially the spread of the highly infective mutated strains including H1Nl, immunization becomes important. The newer varieties of vaccines, mainly those for particular strain of infection manufactured. The inactivated influenza vaccine is administered annually 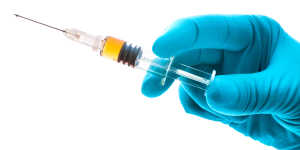 There is an ever increasing prevalence of lower respiratory tract infections leading to frequent hospitalisations or even death especially, in the elderly.A significant number of these infections can be prevented by immunisation against the pathogens causing them.

Streptococcus pneumoniae or pneumococci is one of the common bacterial strains causing pneumonia. People with COPD, cardiac failure, those undergoing spleen surgery and transplant procedures as well as the elderly are recommended to get this vaccination.The  polysaccharide conjugate vaccine is administered as a single dose

Rabies
With an almost 100 per is acent preventable fatality rate rabies infection is preventable one. Unlike other diseases, the strategy for rabies is a post exposure prophylaxis following the bite of an infected animal. The vaccine is administered depending on the class of exposure and five or six doses are recommended accordingly at zero,seven 14,28 and 90 days.Local wound treatment and passive immunization with the use of rabies specific immunoglobulin is necessary.

Pre-exposure rabies vaccination is also recommended for veterinarians, animal handlers etc.
HPV
Infection with this virus is a proven cause of cervical cancer which is one of the most frequent cancers affecting women in India. A preventive vaccination strategy has found to reduce this disease. The vaccination had its own safety concerns but is still considered helpful. young girls between of 10-13 years are advised to take two doses or as suggested by a doctor.

These infections are by no means a complete list. lt would really help to reduce the public health burden if vaccines are easily available for infections like dengue, chikungunya and HIV. However, vaccines for these are still being developed waiting and the world at large is eagerly waiting for population based studies about their efficacy.

Previous: Sweet and cold Badam, Pista milk
Next: Oral Health – How To Get Your Smile In A Good Shape ?